Phrases are what make an essay flow better. They connect the things, compare different ideas and points, introduce new facts, and so on. But, after a while and with a repetitive use, some phrases become too frequently used. These become dull, annoying, and have the opposite of the intended effect.

In this article, you’ll find eight phrases not to use in an essay or at least, not to use them more than once. Some of the phrases below have become too clunky, too predictable, or are simply not necessary. Such type of content is seen as an obvious attempt to reach the word count without bothering to look for additional data. Yes, scholarly writing definitely includes academic phrases and transition words. However, there are some things that should simply be avoided.

To make your essay more enjoyable to read, try to avoid using the following academic phrases.

Well, if it doesn’t have to be said, why say it in the first place? Or, if you’re still going to do this, why introduce the lack of necessity to the reader? This phrase is similar to ‘goes without saying’ and it literally means that the information that follows is obvious, assumed, or self-evident.

Yes, you’ll need to provide such data to explain things and demonstrate that you’ve performed research, as well as to prove that you are somewhat of an expert on the topic you’ve been given. But, since you’ll be introducing it anyways, don’t use phrases that make your following sentences irrelevant. Such phrases examples are the things that push readers away and make it seem like you’ve simply added words to meet the word count. 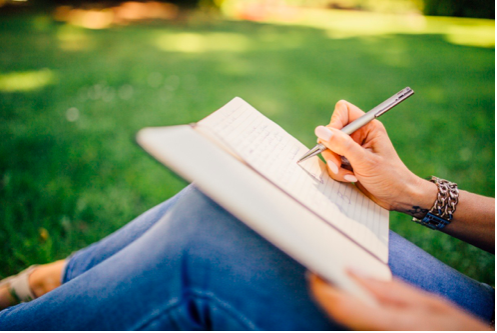 This is a very wrong way to explain that all included did something, were affected somehow, or are included in your story. It doesn’t go that way. It’s simply not the right use of words. When you select words to use in your writing, you need to avoid phrases that are inaccurate, such as this one.

Many students make this mistake. In fact, I believe that it’s one of the common mistakes students make when they try to make their writing appear more academic and professional. By adding ‘of’ after ‘all’, you’re not just using a clunky phrase – you’re using a wrong one. The ‘of’ is necessary only when it’s followed by a pronoun such as in the phrase: ‘’all of them’’. However, when the word that follows is ‘the’, the ‘of’ should definitely not take part of this phrase.

Is the ‘foremost’ part really necessary? Yes, this is a legit phrase and as such, it is used in many literary works. However, when you’re assigned an essay to write and given a specific word count to reach, the use of such phrases only make it seem as you’ve been slacking around, trying to fill the pages with just about anything.

Don’t get me wrong, this is quite the poetic phrase. However, in essays where you have to provide data and make arguments, using such a phrase is just waste of the reader’s time. Both ‘first’ and ‘foremost’ have the same meaning, so is it really necessary to use both? If you want to list things and organize your data, it is better to use one introductory word: ‘first’ or ‘firstly’. This will later be followed by ‘secondly’ or ‘next’, and probably finalized with the word ‘finally’.

In fact, if you can’t meet the word count, it’s better to write less and include only relevant data than to use unnecessary wording. Or, you can always reach out to this exciting company for students and ask them to help you out – both with the research and the writing part, maybe even with the editing.

This is an idiom phrase, which hardly makes it appropriate to use in all academic essays. Instead of using six words just to take up more space on the paper, use a phrase that’s more frequently used in academic writing: ‘ultimately’.

5. It is important to note that

What meaning does this phrase carry, really? You can simply say ‘importantly’ if you’re striving to emphasize the importance of something. Or, you can use nothing at all. The phrase is simply clunky and your content can do quite well without it, so why bother the reader with such lengthy phrases?

6. In the process of

This is also a clunky and redundant phrase in most cases. If your sentence can do well without it, don’t use it at all.

In many essays nowadays, I’ve come across this phrase. It’s a pompous, newly popular way to say ‘more than’ or ‘over’. It makes the information vague and the scope really broad, which isn’t really good for academic writing that needs to be based on research and data.

The second and third parts of this phrase are absolutely unnecessary. It suffices to just say ‘whether’ in many cases. If your idea carries the same meaning without ‘or not’, omit that part of the phrase.

There isn’t such a thing as a bad phrase in this list. However, many of these are not fitting for academic writing. Some are too vague and others are simply clunky. Try to avoid these phrases in your academic writing.

Susan Wallace is an English language professor. She teaches high school students and often assigns various writing projects with the goal to boost their research and writing skills. Since Wallace is a blogger too, you can read many of her guides and tips on how to become better at writing.