Lessons Are you aware that one in five famili...

“Are you aware that one in five families has trouble putting food on the table every day?” 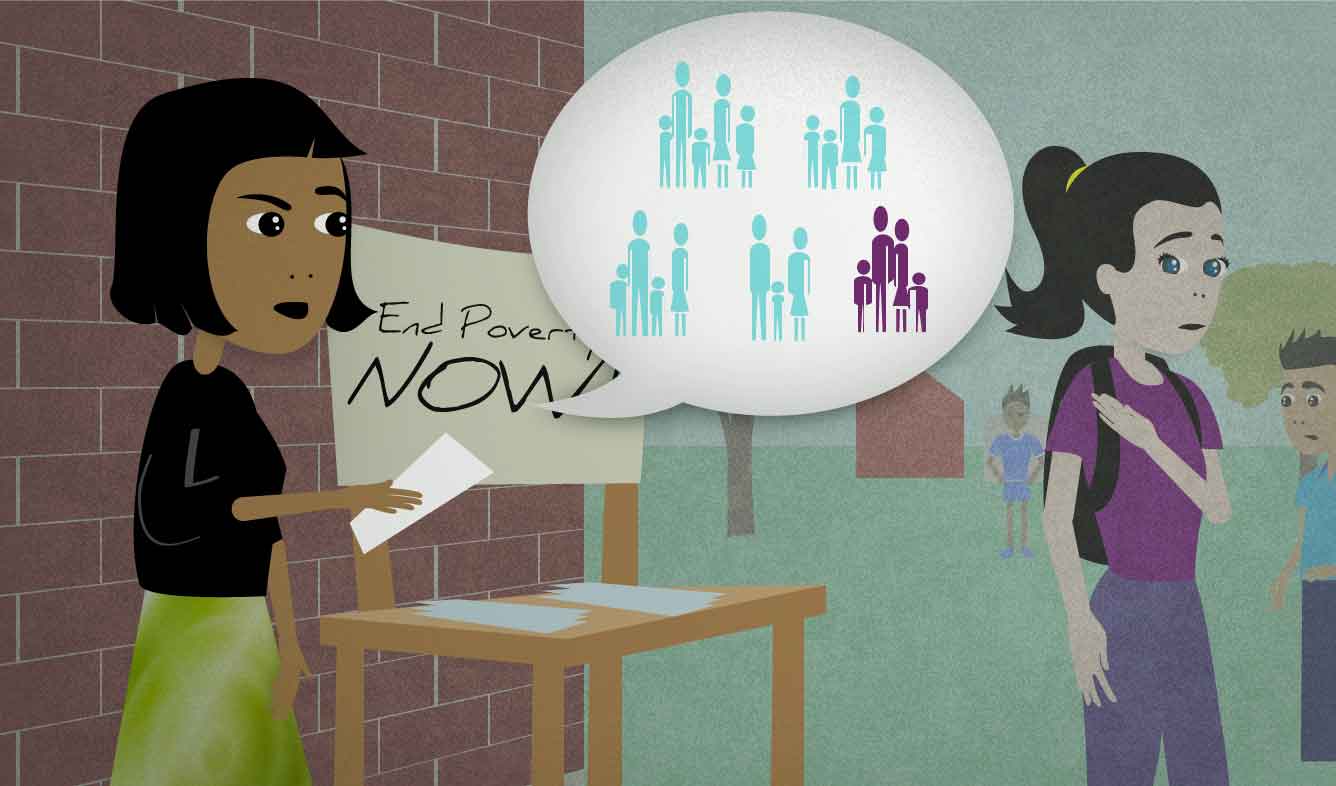 You've volunteering for an organization that works to reduce poverty (the number of poor people). You're giving out information at a college campus, You want a student who's walking by to notice and care about your cause, so you say this.

Are you aware that one in five families has trouble putting food on the table every day?

Are you aware that (clause)?

The word "aware" is more formal than "know".

People often talk about "being aware" of social issues such as poverty, sexual abuse, pollution, and other problems. Organizations that deal with these issues try to make people aware of them. The organizations hope that once people become aware that there is a problem, they'll work to try to fix it. Here are some useful phrases that you may hear which are related to "awareness":

Our goal for now is just to raise awareness of the problem.

one in (a number)

Saying numbers this way usually makes them easier for people to understand them.

Notice that in the example, the speaker says "one in five families has...". The verb agrees with "one":

(one in five families) has trouble...

However, you may also hear some English speakers say "one in five families have trouble...". This isn't considered correct grammar, but people speak this way anyway sometimes.

have trouble (doing something)

Another way to say this is "It's hard to (do something)":

If I HAD to pick something, I'd say it's that I have trouble saying "no" to people's requests.

But I still have trouble expressing myself.

The version "have trouble ___ing" sounds a little bit more formal than "It's hard to ___".

put food on the table

To "put food on the table" means to provide enough food for your family to live:

My parents were never rich, but they always managed to put food on the table.

It also stands for making enough money to live on, in general.

I'll lose my job, and then what? How am I going to put food on the table?

“J.B. is kind of a stickler about getting to work on time.”

“I just reached out to a few people I knew in the industry and asked if they k...”