Lessons As you leave the train, please watch ...

“As you leave the train, please watch the gap between the train and the platform.” 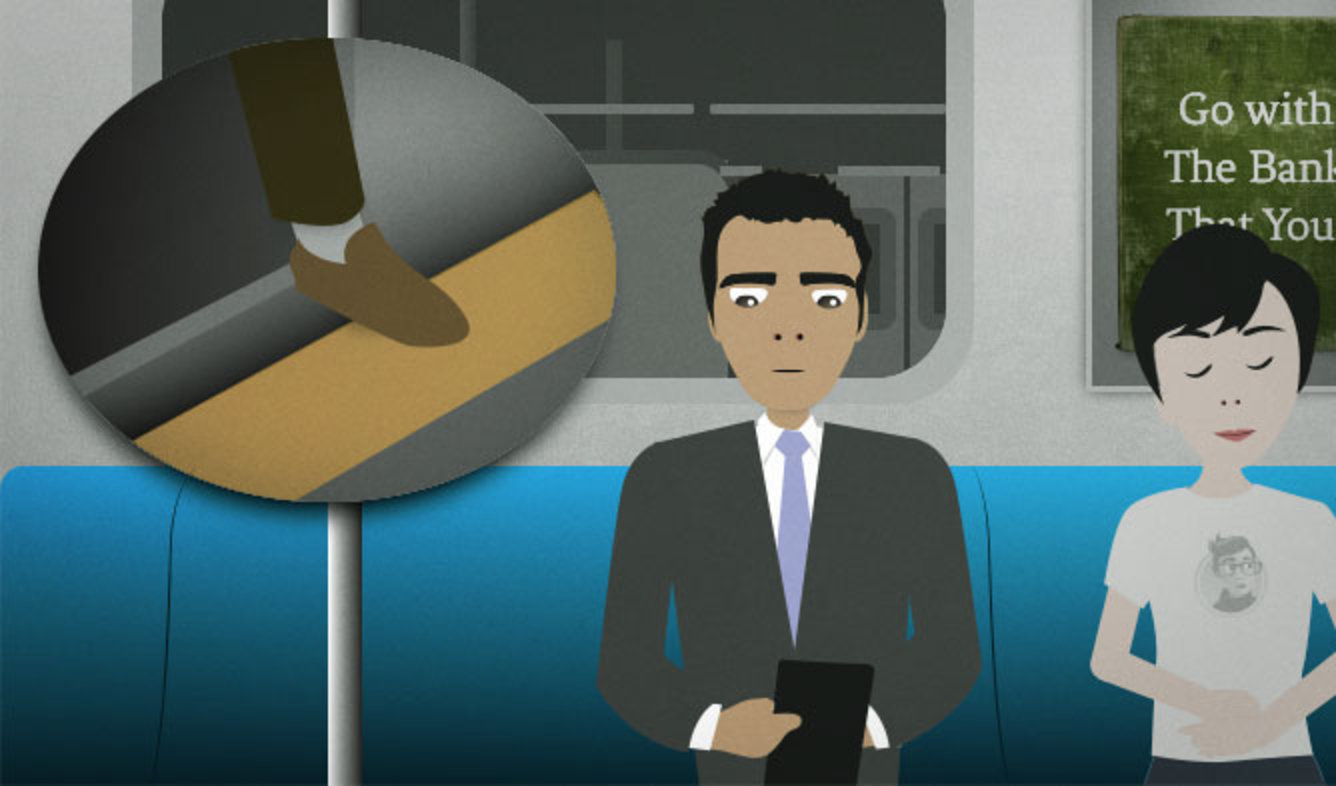 You're riding a train. When the train stops at a station, this announcement plays.

As you leave the train, please watch the gap between the train and the platform.

Use this kind of grammatical structure to describe two things that happen at the same time. It's most commonly used for two continuing processes that happen together:

As you get older, you learn what your own strengths and limitations are.

"As ___, ___" is good for describing how things work. Here's a technical description of how water boils:

As you leave the auditorium, please pick up one of the yellow brochures from the table by the exit.

As you begin your job search, keep in mind that there are a lot of opportunities out there; you don't have to take the first job that you're offered.

A "gap" is a hole or blank area between two things. There can be gaps between:

You may also hear the phrase "mind the gap", which means the same thing.

At a train or subway station, the "platform" is the area where people stand in order to get onto the train.

You'll see the word "platform" used on elevator buttons at a train station.

“The battery life is pretty pathetic.”

“Americans have a lot of misconceptions about us.”