Lessons Did she mention me in the article by ...

“Did she mention me in the article by any chance?” 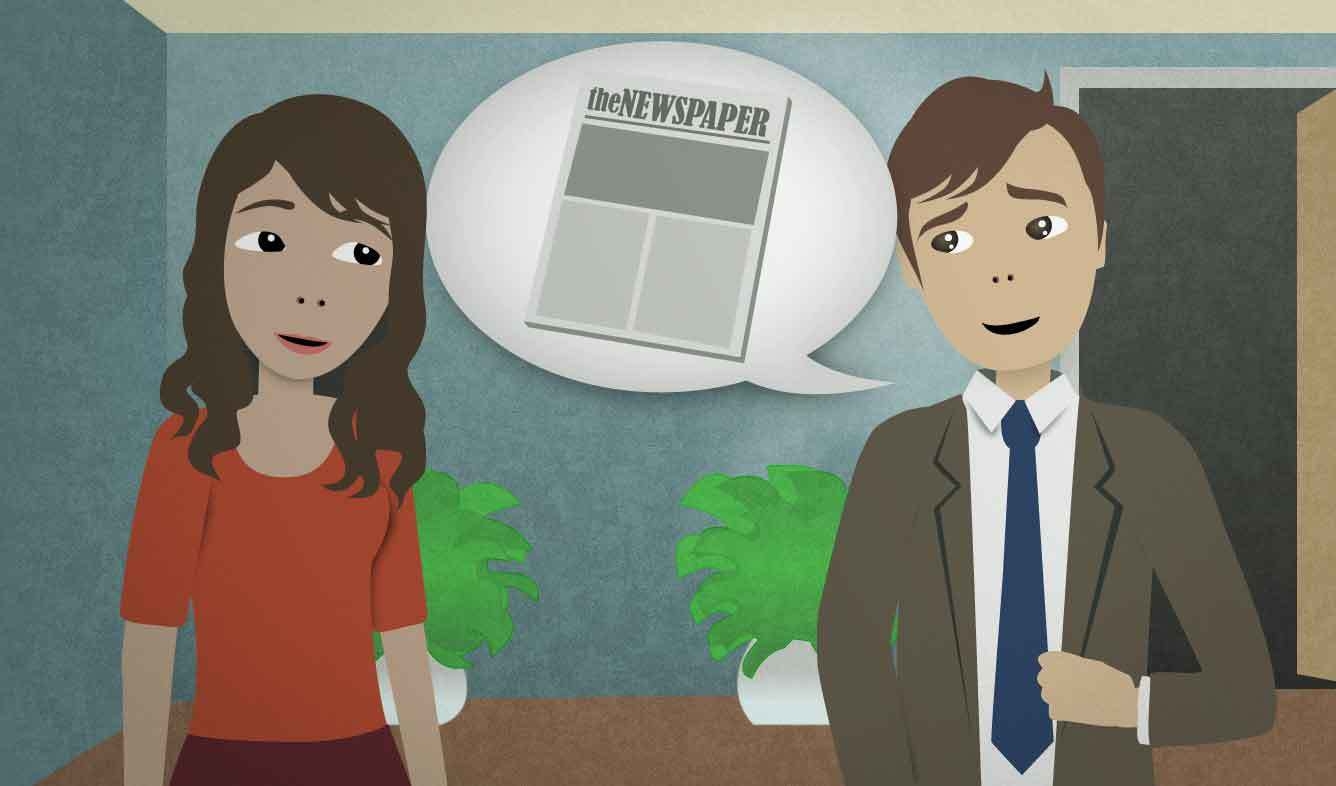 Last week, a newspaper journalist interviewed you about your business. You don't read that newspaper, but your friend tells you about the article and you wonder if your name was included.

Did she mention me in the article by any chance?

(question), by any chance?

I hear a bit of an accent. Are you from Michigan, by any chance?

A: Where'd you go to school? B: Penn State. A: Oh, really? A good friend of mine went there. Do you know Keiko Ishihara, by any chance?

Here are some types of writing that are not called "articles":

a fiction story (a story about something that didn't really happen) is called a "short story".

when the main point of the writing is to review something like a movie or book, it's called a "review"

when a writer tries to explain a personal idea or experience that they have, it's sometimes better to call it an "essay"

Of course, there are many cases where it's OK to call something either a "blog" and an "article", or an "article" and an "essay".

“Could I sleep on your couch for a few nights?”

“Can you give me a hand with this?”