Lessons Don't try to twist my words around.

“Don't try to twist my words around.” 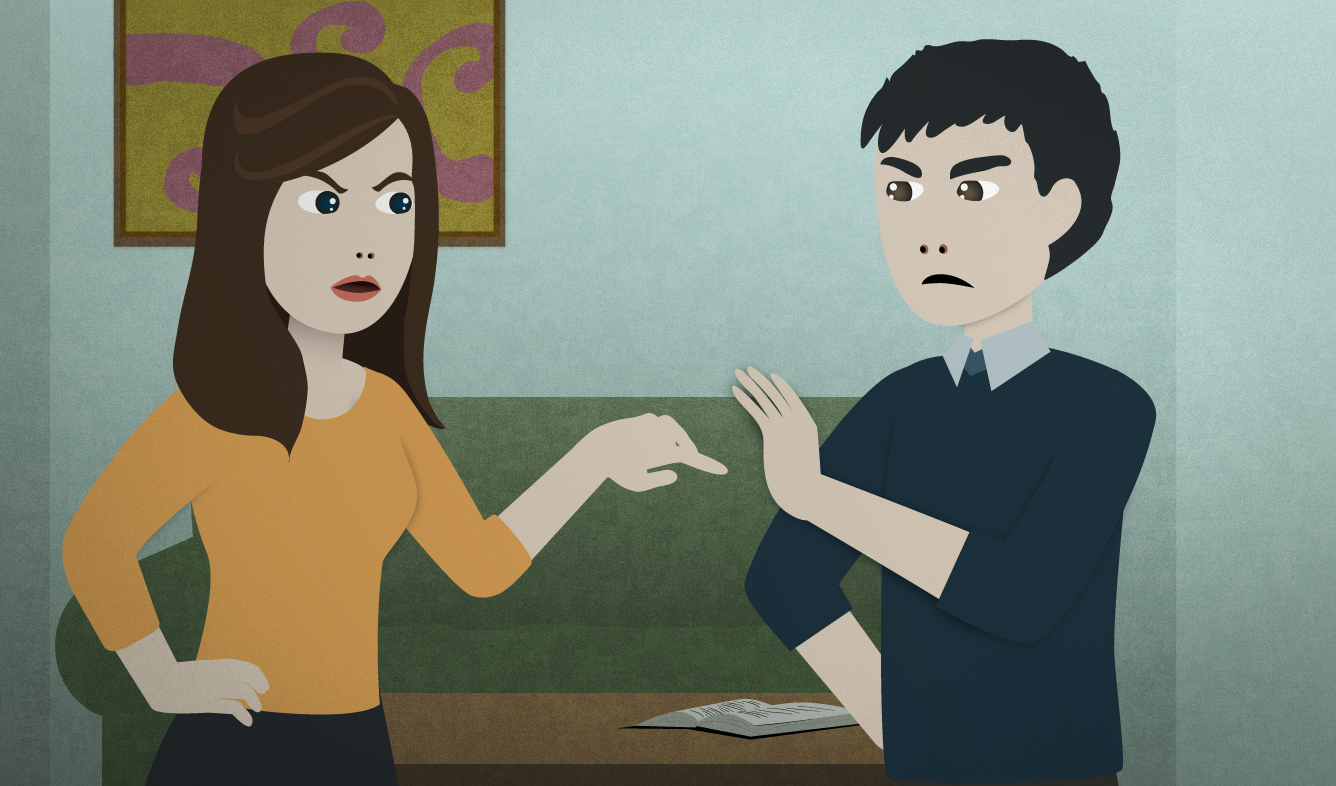 You're in an argument with your boyfriend. Recently you said that it wasn't a good idea to visit his parents now because you both needed to save some money. Now your boyfriend says that you think money is more important than family. That's not what you think, so you defend yourself.

Don't try to twist my words around.

When someone repeats something that you said, but tries to change the meaning, you can say that that person is "twisting your words around".

For example, imagine that you told your little sister that she could borrow your laptop. You said this:

You can have it after I'm done with it.

Now she says that you promised to give it to her permanently. She says:

You told me that I can have it. That means it's mine now.

You're twisting my words around. You know that I just meant that you could borrow it!

Don’t try to (do something)

You can say "Don't try to ___" when someone is acting badly and you're not going to allow it. For example, you can say this when your roommate takes some of your food but pretends that he didn't know that it was yours:

Don't try to play dumb. That wasn't an accident. You did it on purpose!

Or imagine that you're a parent and your teenage son is begging you to buy him a new video game system. You've said no, but he keeps begging you so you say this:

Don't try to debate me on this. My decision is final.

anger having an argument
Print this Lesson

“I can assist you with that.”

“I try to come in early to beat the rush hour traffic.”