Lessons Everybody seems to be critical of the...

“Everybody seems to be critical of the President these days, but I still believe in him.” 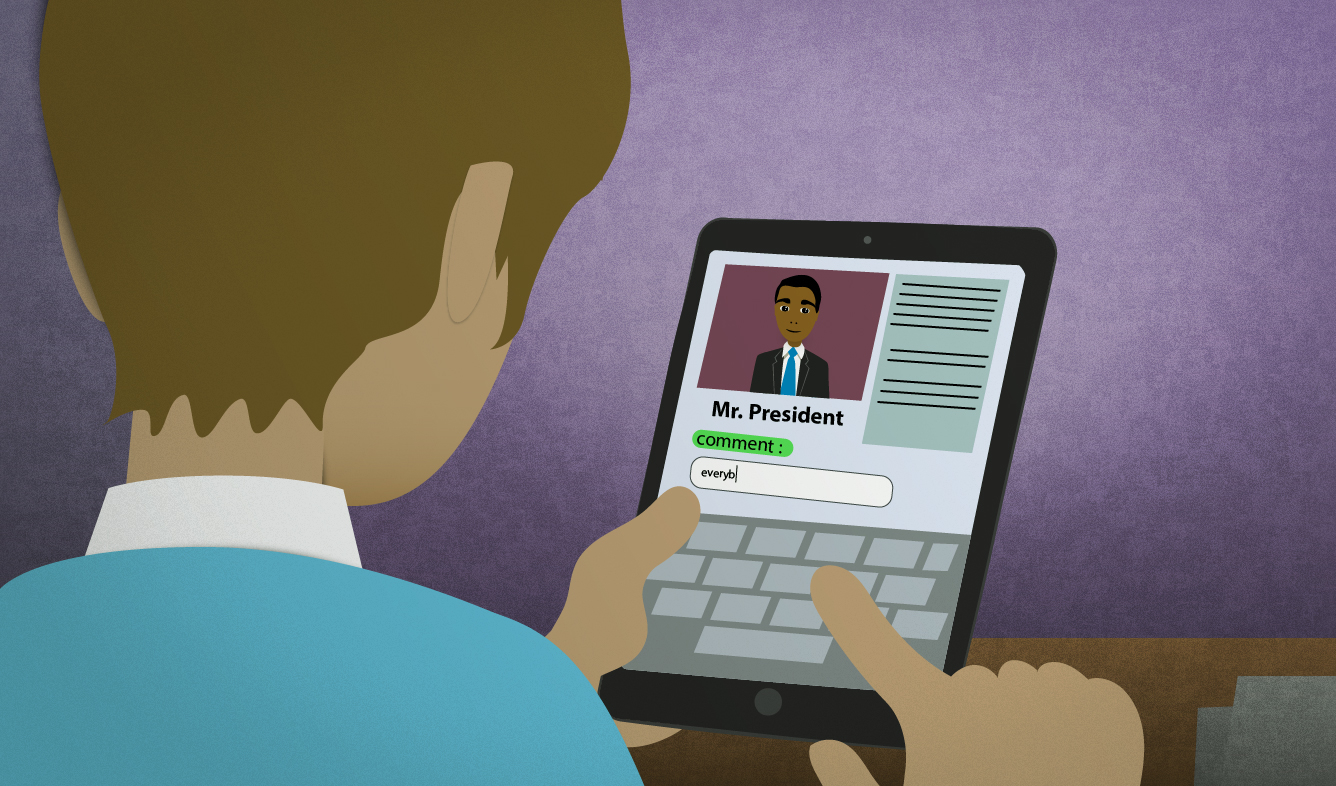 Everybody seems to be critical of the President these days, but I still believe in him.

be critical of (someone)

To "be critical of" someone means to talk about their faults and the things that they do wrong.

When I spoke with the Director, she was mostly critical of the department and the job we were doing.

"These days" means "recently". But "recently" is used to talk about things that have happened over the last few weeks or months. "These days" is a longer time period, usually from the last 6 months to the last 20-30 years. You use "these days" to talk about major changes in your life or in society.

I don't watch much TV these days.

Kids these days don't even remember what life was like before mobile phones and the Internet.

Do you believe in ghosts?

Not all people who believe in the Bible think that the story of Eden is literally true.

But another type of "believe in" is to believe that someone will be able to succeed. For example, parents tell their kids this to encourage them:

I believe in you.

A reader has asked how "believe in (someone)" is different than "trust (someone)". One difference is that when you "trust" someone, it means that you think that they'll:

But when you "believe in" someone, you think that they'll accomplish something great:

I grew up never taking risks because I never felt like my parents believed in me.

“I used to be able to run five miles without breaking a sweat. Now I get winde...”