Lessons Everybody take a look at the picture ...

“Everybody take a look at the picture on page 46. This is a model of what a strand of DNA looks like.” 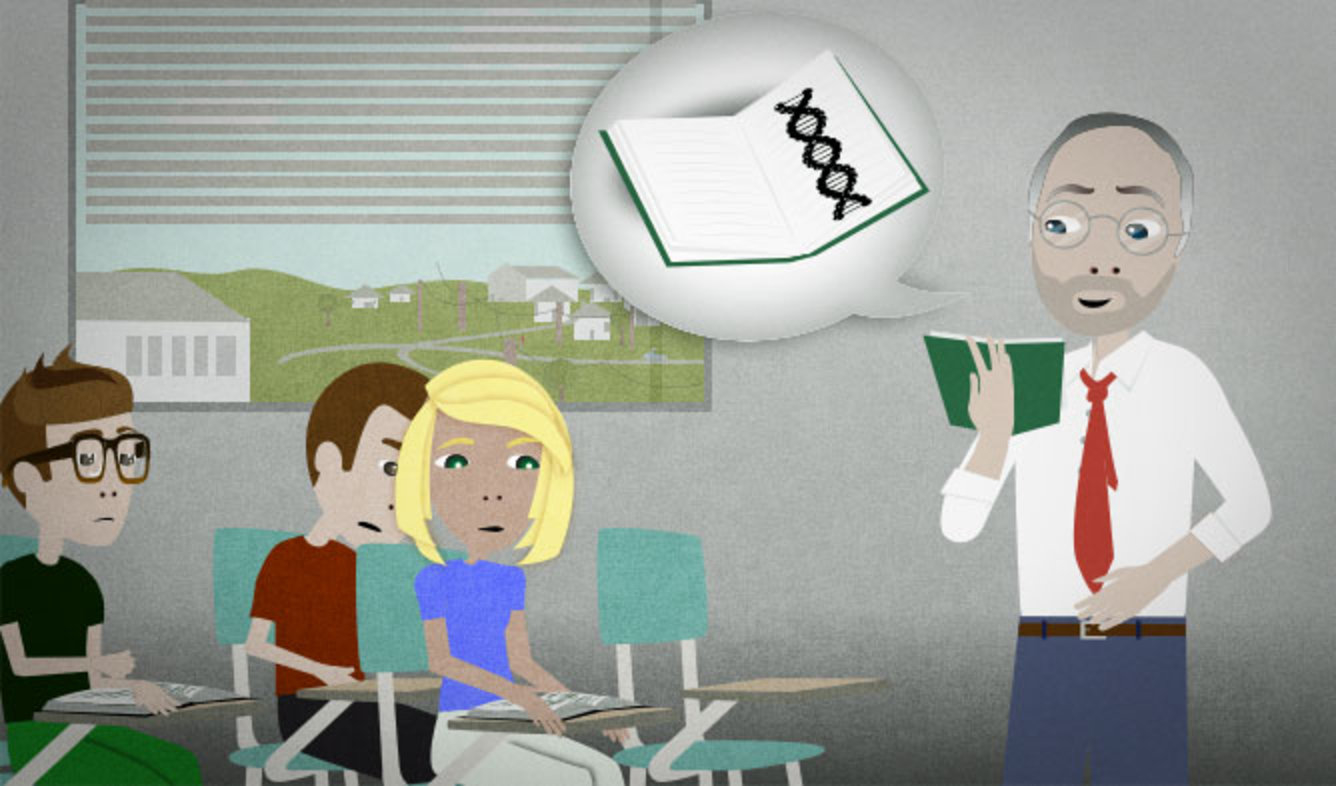 You're a biology teacher. You're teaching your students about genetics. You ask them to look at an illustration in their textbooks.

You use "that" for things that are further away, or for something that's closer to the listener than it is to you:

Do you have that sofa in green?

If you and your listeners are all looking at copies of the same thing, you can say "this". For example, if you're giving a presentation with a slide show, you can talk about what's on screen:

This is a projection of our revenue for Q2.

The word "look" is very general. It can mean to look for a long time, a short time, carefully, absent-mindedly, or in many other ways. "Take a look" is more specific. It means to look at something for a short period, usually for a specific purpose.

When you're giving instructions to a group of people, you can tell them "Everybody ___." Teachers say this a lot in a classroom.

Everbody stop what you're doing and focus your attention on me for a moment.

A "model" is something that represents something complicated and helps people to understand it.

Models can be "3-D models", which are objects that you can touch. For example, some people put together model cars or model trains.

There are also "2-D models", which are illustrations or drawings of something. Texbooks often have models of things, like:

a strand of DNA

"DNA" is a kind of complex molecule inside of cells which controlls the cell.

DNA is made of a long chain of atoms which are connected to each other. The word "DNA" is uncountable, but because of the long, thin shape, you can count it by talking about individual "strands":

How long is a strand of DNA?

The word "strand" is also used to count other long, thin things:

a strand of hair

a strand of pearls

a strand of spaghetti

Talk about the way that something looks with the phrase "what ___ looks like". This phrase functions as a noun:

You can talk about how something sounds, smells, tastes, etc. in the same way:

classroom student a teacher this
Print this Lesson

“Today is a pretty big day for you, huh?”