Lessons Excuse me, I could use a little help... 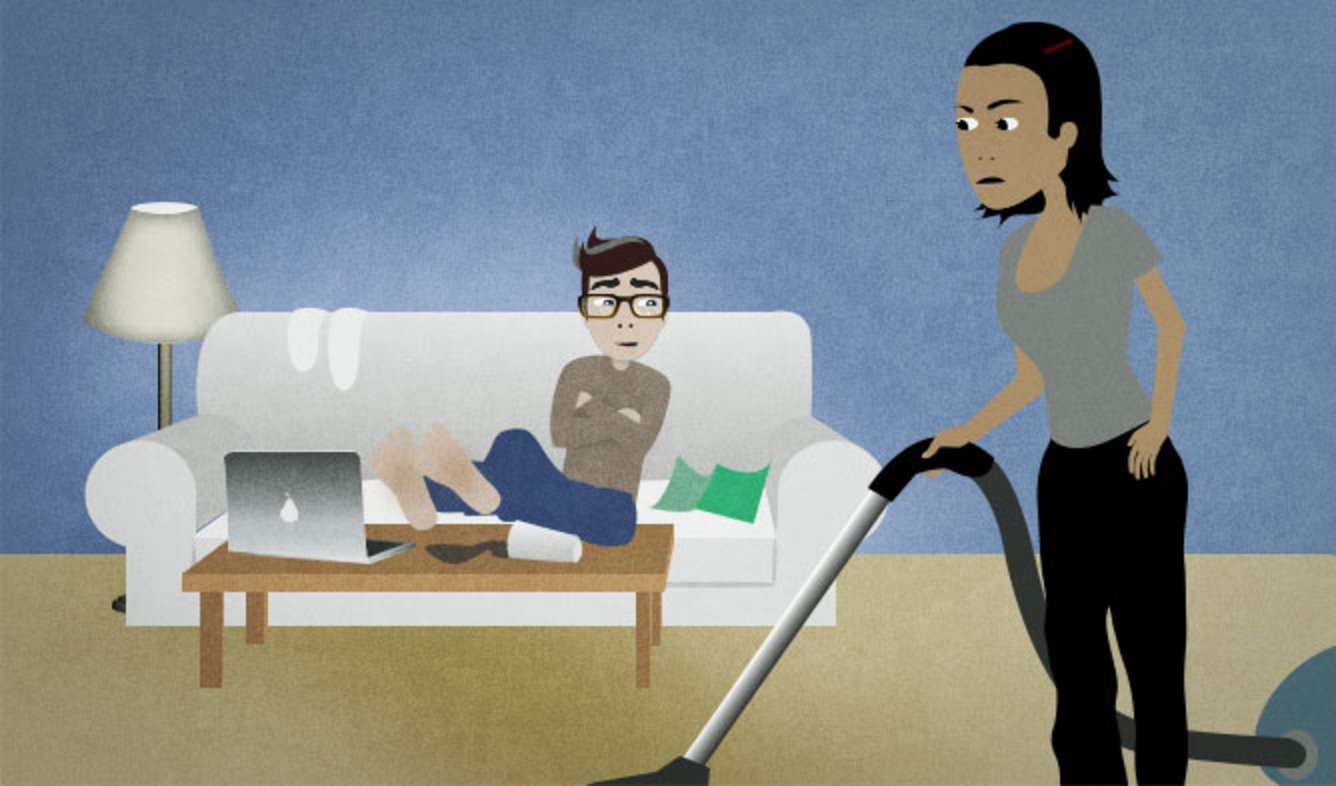 You're cleaning your house because you're having guests over this weekend. Your husband isn't helping you. You're annoyed, so you ask for help this way.

Excuse me, I could use a little help...

You already know that people say "Excuse me" when they do something rude to someone. But we also say "Excuse me!" to people when they are rude to us. For example, it's normal to say it when:

If you ask someone a question, and you're sure that they heard you, but they don't answer, you can say "Excuse me!" because that's rude.

The meaning of "Excuse me!" in these situations is something like "You need to say 'Excuse me' to me." When people say it in this way, they pronounce the words with more stress. It sounds like a statement rather than a question. The speaker might also make an angry face with raised eyebrows.

I could use (something)

You say "I could use ___" to indicate that you really want or need something, like a drink, but for some reason you haven't been able to get it yet. In the example at top, you say "I could really use a cup of coffee" because you're very sleepy and need some coffee, but there's no coffee nearby.

Here's another example - when you're struggling with something, and there's someone nearby who isn't helping you, you can say:

I could use a little help.

A similar phrase is "I could go for ___." Only use this to talk about things that you suddenly want, like food or drinks:

I could go for a beer right now. You want one?

Ask for "a little help" when you're stressed or feel like other people aren't helping you enough. For example, if you're carrying two heavy boxes and your friends or family aren't carrying anything, you can say:

anger at home doing housework could
Print this Lesson

“Before you pull out, check in your rear view mirror to see if there's anyone ...”