Lessons Excuse me, would you happen to have a...

“Excuse me, would you happen to have a pen I could borrow?” 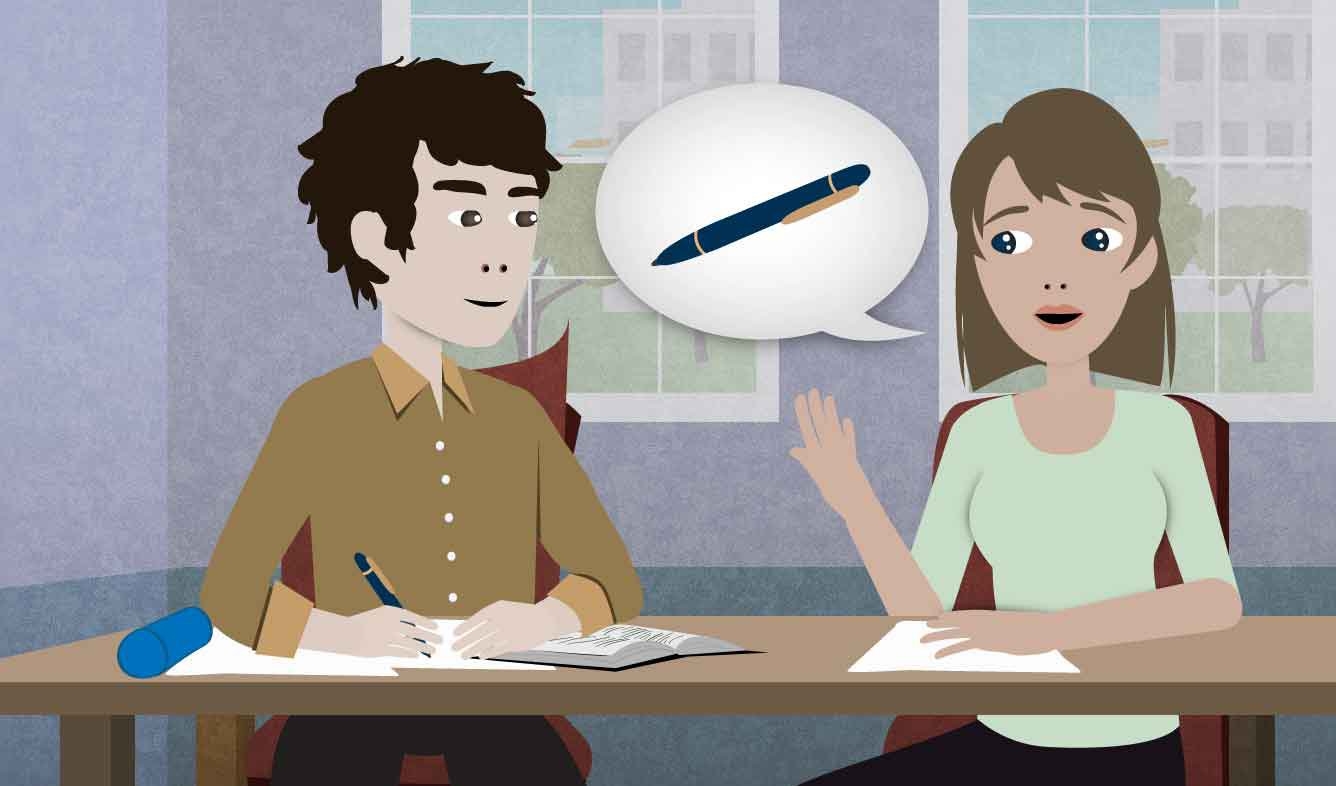 You sit down in class and realize you have paper but no pen. You ask the student next to you for a pen.

Say "Excuse me" to get the attention of strangers in a polite way:

Excuse me. Do you know where the bathroom is?

When you pronounce "excuse me", it can sound like "'Scuze me"

Excuse me, Ma'am. You dropped this on the sidewalk back there.

But since these titles are actually thought to be impolite in some areas, it's best to listen first to see if other people around you are using them.

happen to (do something)

Use the phrase "happen to ___" to talk about something that doesn't seem very likely. One way this is useful is for asking questions, even though you don't think the listener will know the answer:

You can also use "happen to ___" to ask questions politely, even when you do think the listener's answer will be "yes":

Using “could” instead of “can” is more polite, so try to use it when you’re asking for something.

Could you pass me a napkin?

Do you know someone else I could talk to?

Do you have a (something) I can borrow?

Use this phrase when you want to ask to borrow something, but you're not sure if the listener has it:

Hey, do you have a tent I can borrow?

Donald, would you by any chance have a step ladder I could borrow?

When you know that the listener has the thing that you want to borrow, ask like this:

Hey, could I borrow your tent?

“Are you referring to Eve?”

“If you could live in any period in history, which one would it be?”