Lessons Guys, I have to talk to you. 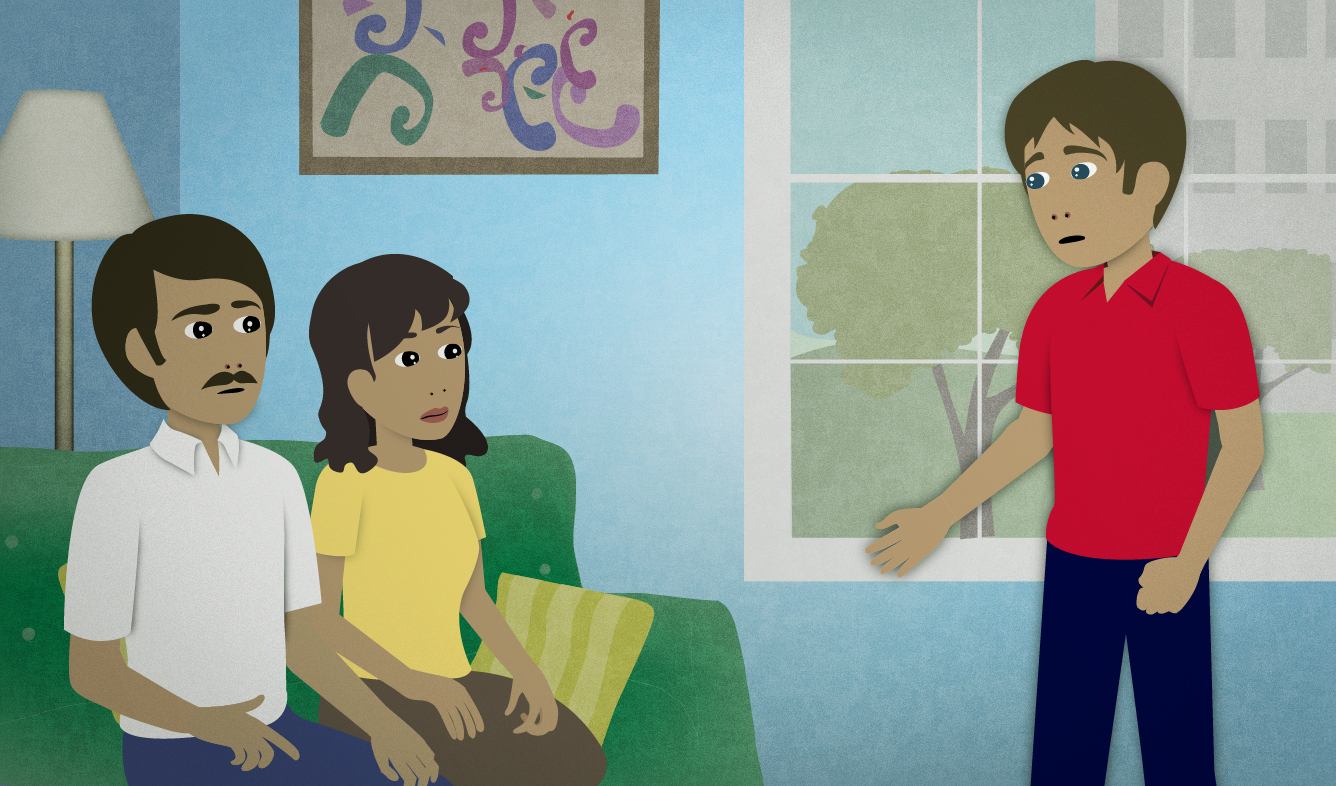 You wrecked your parents' car. Now you have to tell them about it. You are talking to both your mother and father at the same time. You start by saying this.

Guys, I have to talk to you.

I have to talk to you.

You usually use this phrase when you're just about to give someone bad news. It's often used when you are breaking up with a boyfriend or girlfriend, when telling your boss that you're quitting your job, and so in.

If you say "I have to talk to you" to someone, the most likely response will be "What's wrong?"

“Do you have this in green?”

“I wanted to let you all know that Mindy has suffered a loss in her family.”