Lessons He says that it took him many years t...

“He says that it took him many years to find his true voice.” 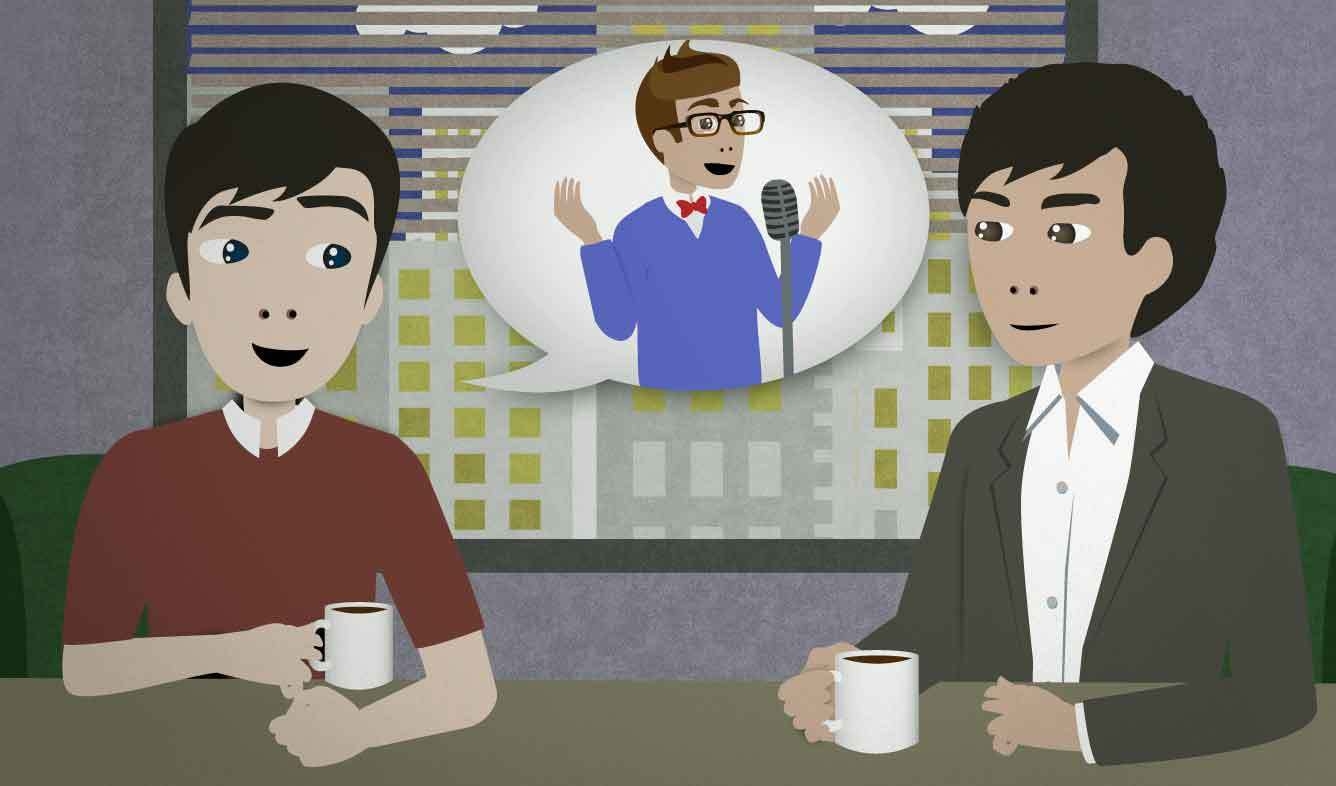 You're talking about a famous standup comedian that you like with someone else who's also a fan. You heard something interesting about the comedian recently, so you share it.

He says that it took him many years to find his true voice.

it took (something)(to do something)

You say "it took ___" to express what was needed to do something. For example:

It took two weeks to pack up all of our stuff for the move.

This means that you used two weeks for packing, and those two weeks were needed to do it.

You can use "it took ___" in a similar way for other qualities. For example:

It took a lot of courage for you to speak in front of such a large audience.

It took years and years of practice to get this good.

It took five years for the Nelsons to pay back the loan.

That tells what quality, who needed it, and why they needed it. If who you're talking about is obvious, you can just say what was needed and why:

It took five years to pay back the loan.

Or just say the thing that was needed:

"Finding your true voice" describes developing a style of writing or speaking that you are comfortable with and that allows you to express your true personality.

Every writer struggles to find their true voice when they first start writing.

You can use this phrase to talk about a writer, a comedian, a talk show host, or a songwriter.

In spoken English, we usually choose "a lot of" instead of "many" in positive sentences:

I ate a lot of french fries.

There are a lot of problems with it.

One exception is phrases that include time like "many years" or "many days":

I've known him for many years.

“Better than nothing, I guess.”