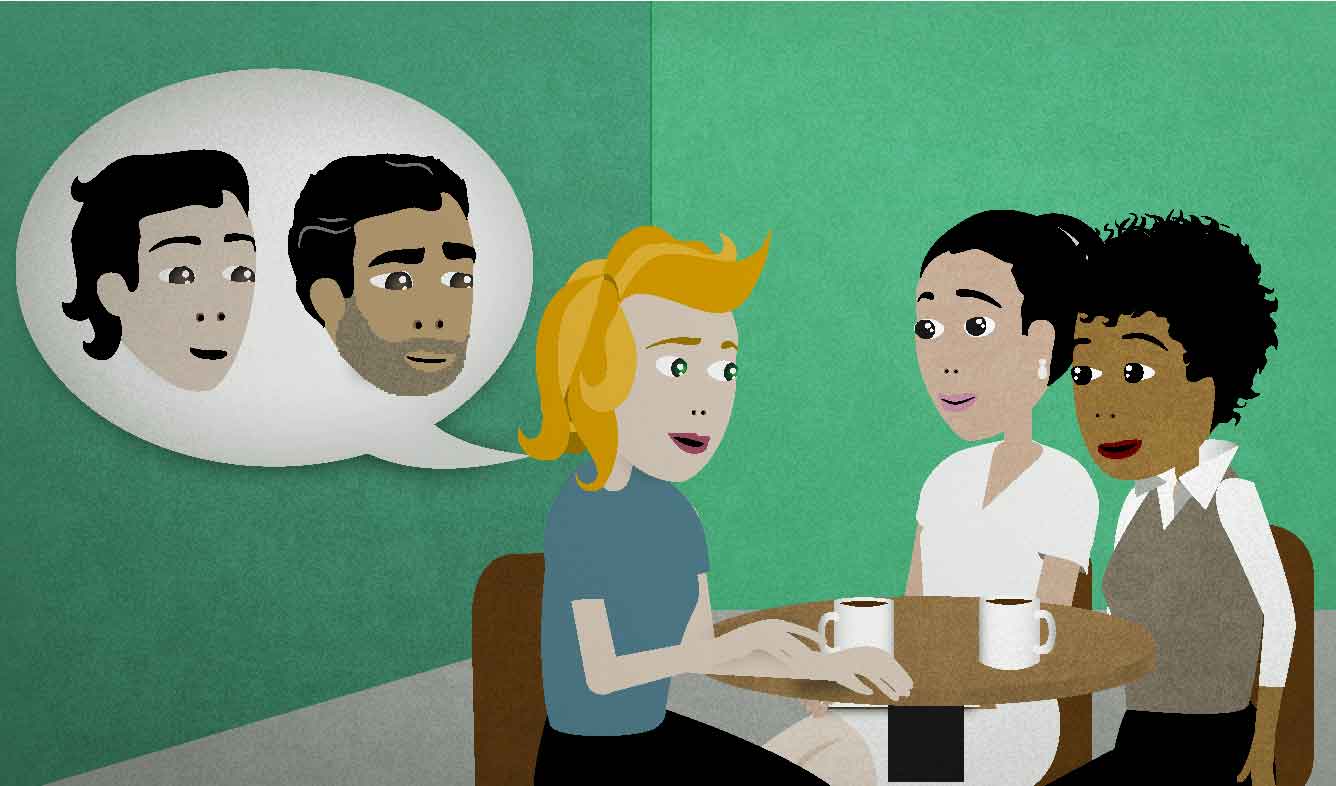 You're talking with a group of girlfriends about guys on TV shows that you think are really attractive. Your friend mentions one guy that she likes, but you think he looks too much like a girl. You say this.

"Effeminate" is an adjective that means "like a woman". But it's usually used to describe men. A man who looks or acts somewhat like a woman can be called "effeminate".

This is different from someone born as a man who dresses like a woman, however. There are many terms for such people, including "transsexual" and "crossdresser".

If you want to describe a woman who looks like a woman, you can say that she is "feminine" or "girly".

The word "manly" describes a man who has characteristics that men are supposed to have. I picture a "manly" man as being strong, having a beard or other facial hair, being brave, and so on. If you want to describe a woman who acts or looks like a man, you can call her "masculine".

When women are discussing men's attractiveness with each other, it's usual for them to call the men "guys":

What kind of guys are you into?

I met a really cute guy in my Spanish class.

“How soon would you be available?”

“What measures can we put in place to make sure that this doesn't happen again?”