Lessons Hey, come on! That has sentimental va...

“Hey, come on! That has sentimental value to me!” 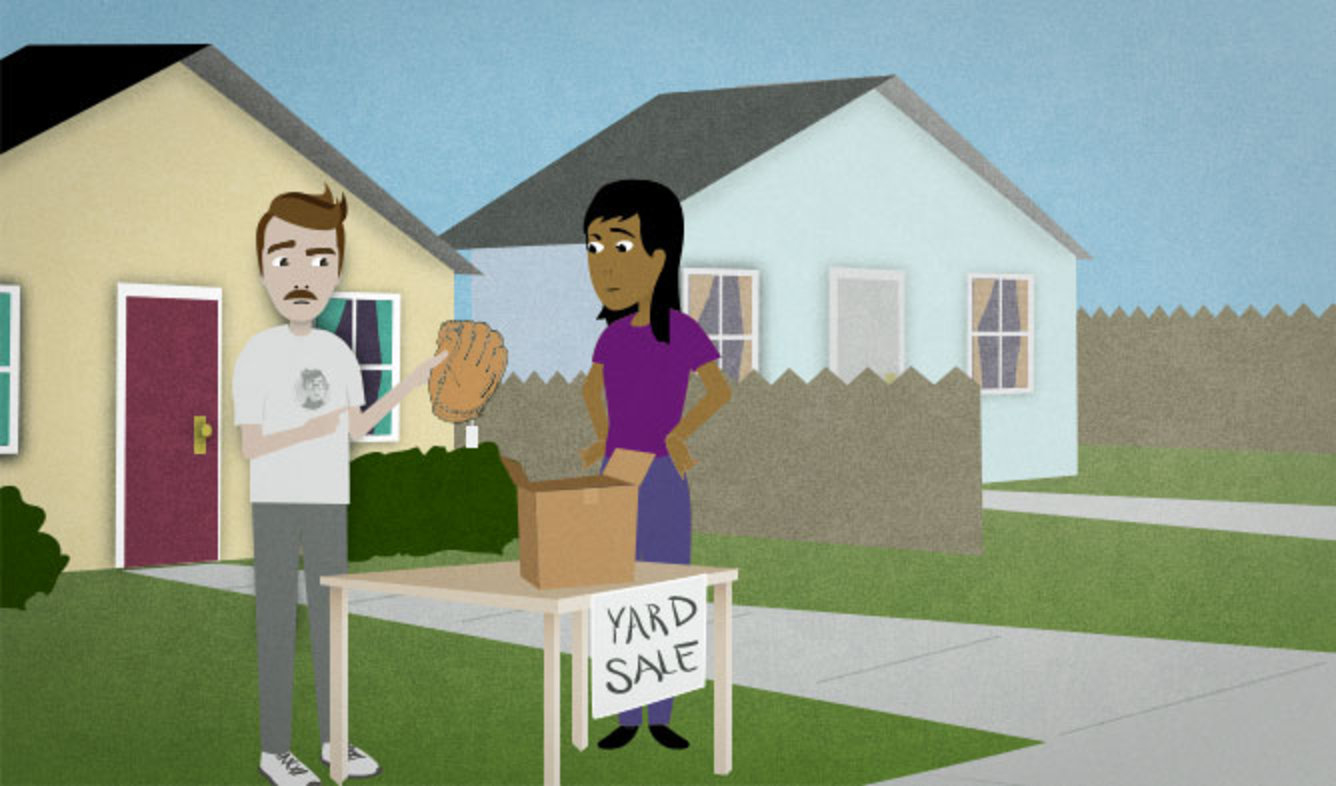 You and your family are having a yard sale to get rid of old stuff. Your wife suggests that you sell an old baseball mitt, but you don't want to sell it because it's the one you used as a kid.

Hey, come on! That has sentimental value to me!

You say "come on" to someone when you're trying to convince them in a friendly and casual situation. "Come on" means something like "Don't worry about it; just do it." Here is another example:

Come on! Tell me what she said!

Come on, stay for one more round.

You can also say "Come on!" when a person does something that you don't like, and you want them to stop. For example, if you and your partner were teasing each other, and he gets angry at you, you can say:

Come on! I was only joking.

(something) has sentimental value to (someone)

When an object has sentimental value, you want to keep it safe.

emotions at home
Print this Lesson

“What are you doing up at this hour?”

“It's a little out of my price range.”