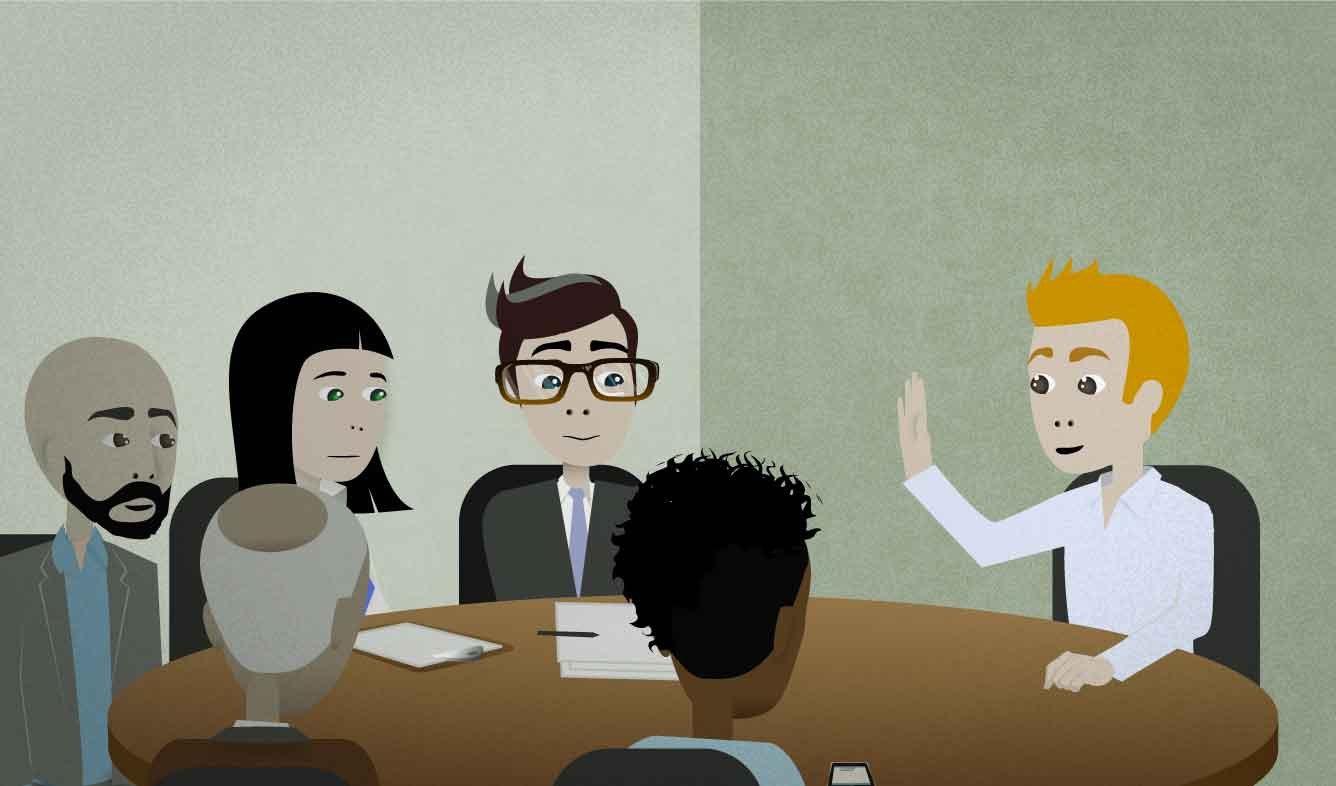 You're in charge of a meeting at work. You say this to get the meeting started.

You say "hey" to people who you know when you first see or speak to them:

"Hey" is the same as "Hello" but more casual.

There are basically two meanings to the phrase "How's it going":

If someone who you know asks "How's it going?" while walking past you or working on something busily, it's similar to saying "Hi". You can respond with:

If you're sitting down with someone and they ask "How's it going?", then they're trying to start a conversation. You should answer the question and add some other information or questions:

B: Not bad. I've been so busy this week, though. It's crazy. How are you doing?

This phrase is a little casual, but it's OK in a lot of different situations. If you want to sound more formal, you can say "Hello" to greet a person, or "How are you?" to start a conversation.

casual greetings in a meeting
Print this Lesson

“I'd just like to say, on behalf of everyone here, good luck in your new home.”