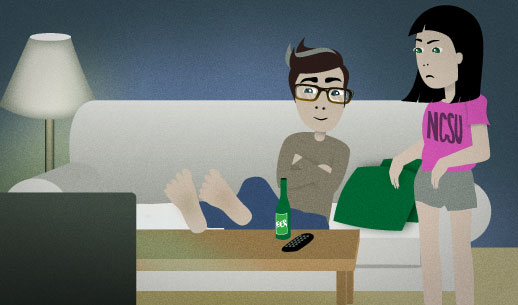 Your husband is on the couch watching TV. You want to sit with him, but he's sitting in the middle of the couch and there's not enough room for you. You want him to move so you can sit down. You say this.

"Scooting over" means moving your body over, away from someone, by sliding. You can "scoot over" when you're sitting or laying somewhere, but it doesn't usually make sense for a standing person to "scoot over".

You can also "scoot" in any other direction:

“What's with all the dry cleaning?”