Lessons I bet the traffic at the beach this w...

“I bet the traffic at the beach this weekend'll be insane.” 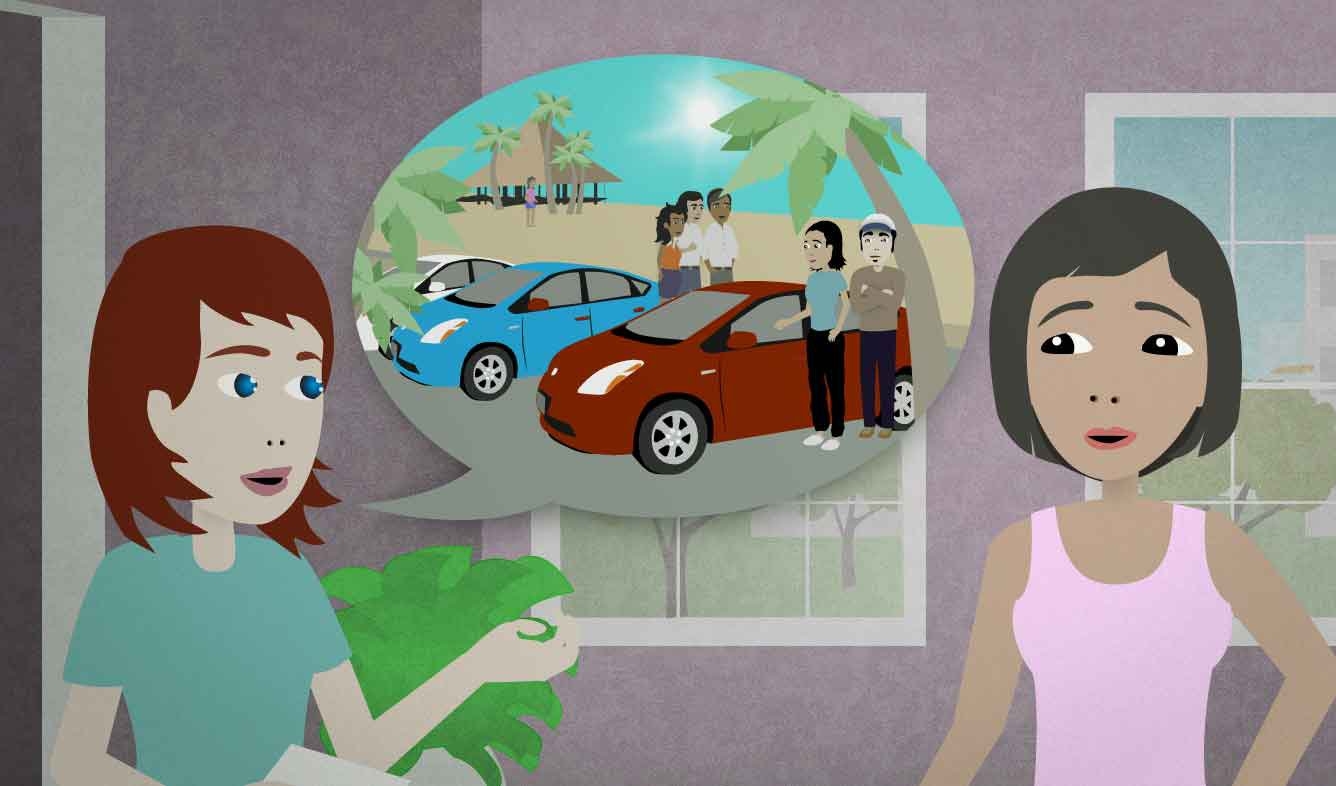 You're planning a trip to the beach this weekend. The weather forecast says that the weather will be great, and it's a holiday weekend, so you think there will be a lot of people there. You say this to your wife.

I bet the traffic at the beach this weekend'll be insane.

I bet there'll be a lot of traffic at the beach this weekend.

I bet you can't guess what just happened to me.

I bet the meeting this afternoon will be pretty short since David's not here.

"Traffic" means the number of cars that are driving in an area:

How's the traffic in Dallas?

The traffic is pretty heavy this morning on the East side.

Some adjectives that we use to describe traffic include:

light (not many cars)

We usually refer to cars when we use the word "traffic", but sometimes it can also mean the number of people walking in a certain area. In that case, you might use the phrase "foot traffic":

That part of the building gets a lot of foot traffic.

We often use the word "the" in front of "beach":

I'm going to the beach this weekend.

I love the beach!

You can say "the beach" even if your listeners don't know which exact beach you mean.

A "beach", of course, is anywhere next to the ocean, especially somewhere where people go swimming. Sometimes swimming areas on lakes are also called "beaches", but you probably wouldn't call one of those areas "the beach".

"Insane" is another way to say "crazy".

English speakers sometimes use "insane" and "crazy" to talk about things that are very busy or active:

Work this week has been insane! I've had to stay late every night.

Wow, look at all these people. This is crazy!

“I woke up this morning to the smell of coffee and the sound of birds chirping.”

“Can you believe these kids just making out on the street?”