Lessons I bet you five bucks that you can't n...

“I bet you five bucks that you can't name all of the states in the United States without looking them up.” 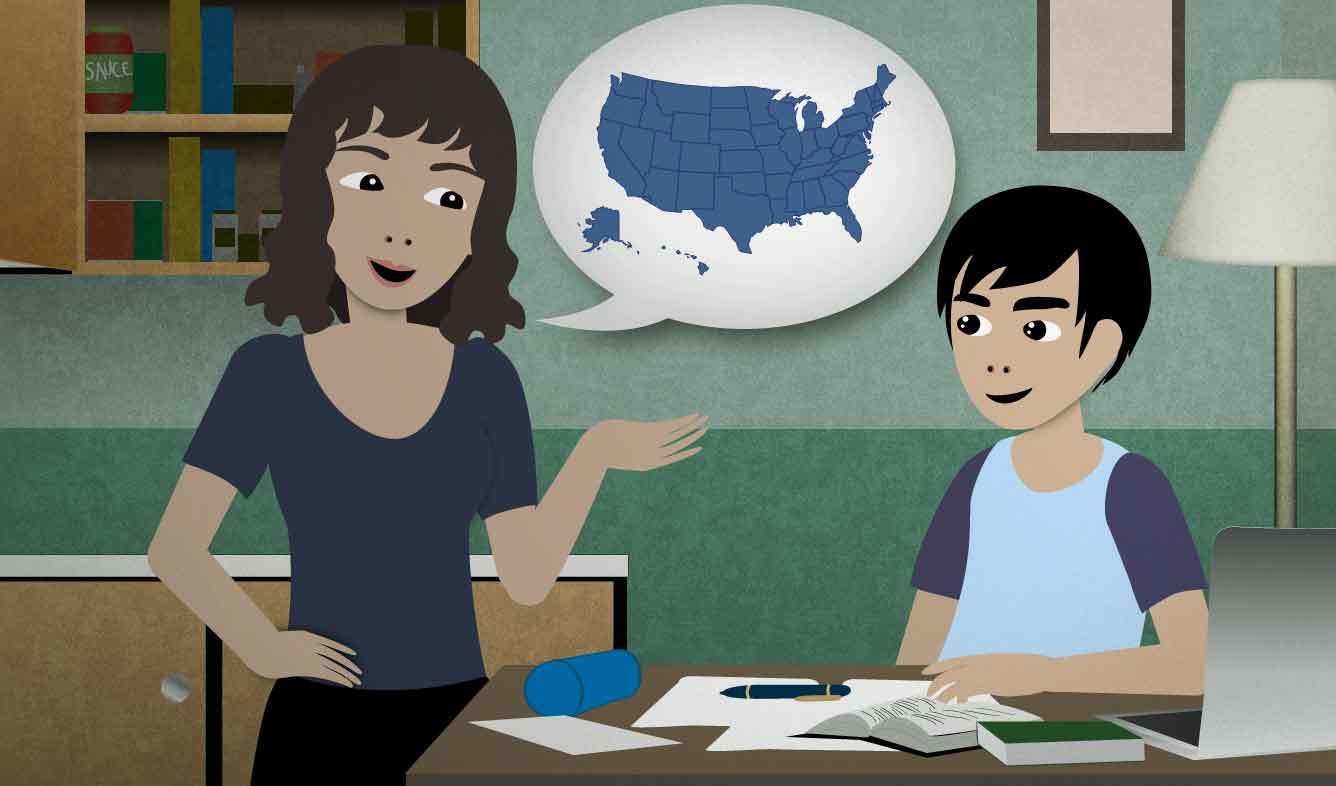 You're babysitting your nine-year-old neighbor. You know kids like to compete, so you give him a fun educational challenge.

I bet you five bucks that you can't name all of the states in the United States without looking them up.

I bet you (an amount of money)(clause)

I bet you twenty bucks that you can't name all of the states in the United States without looking at a map.

To make it clear that you're not really making a bet, you can give an exaggerated wager:

“I bet you a million dollars the Mets are going to lose.”

Or you can leave the amount out:

I bet you the Mets are going to lose.

By the way, when I pronounce "bet you" it sounds like "betcha" or "betchu".

"Looking up" some information means searching for somewhere like:

Most of the time, you use the phrase "look ___ up" when you were successful at finding the information that you were looking for. So you'd say something like this if you weren't successful:

I tried looking it up online but I couldn't find anything useful.

Don't believe me? Look it up.

But longer words come after "up":

I looked up how far away the closest star is, and I was amazed at how far it was.

When you talk about the United States, you have to put "the" in front:

She's from the United States

There are some cases where you don't use "the" in front, though. Like when you're using "United States" just as a description for something else:

A few other countries also follow the same pattern:

“Was it obvious that I wanted to leave?”

“I'm so glad to finally meet you! I've heard so much about you!”