Lessons I consider myself a spiritual person,...

“I consider myself a spiritual person, but I don't adhere to any particular organized religion.” 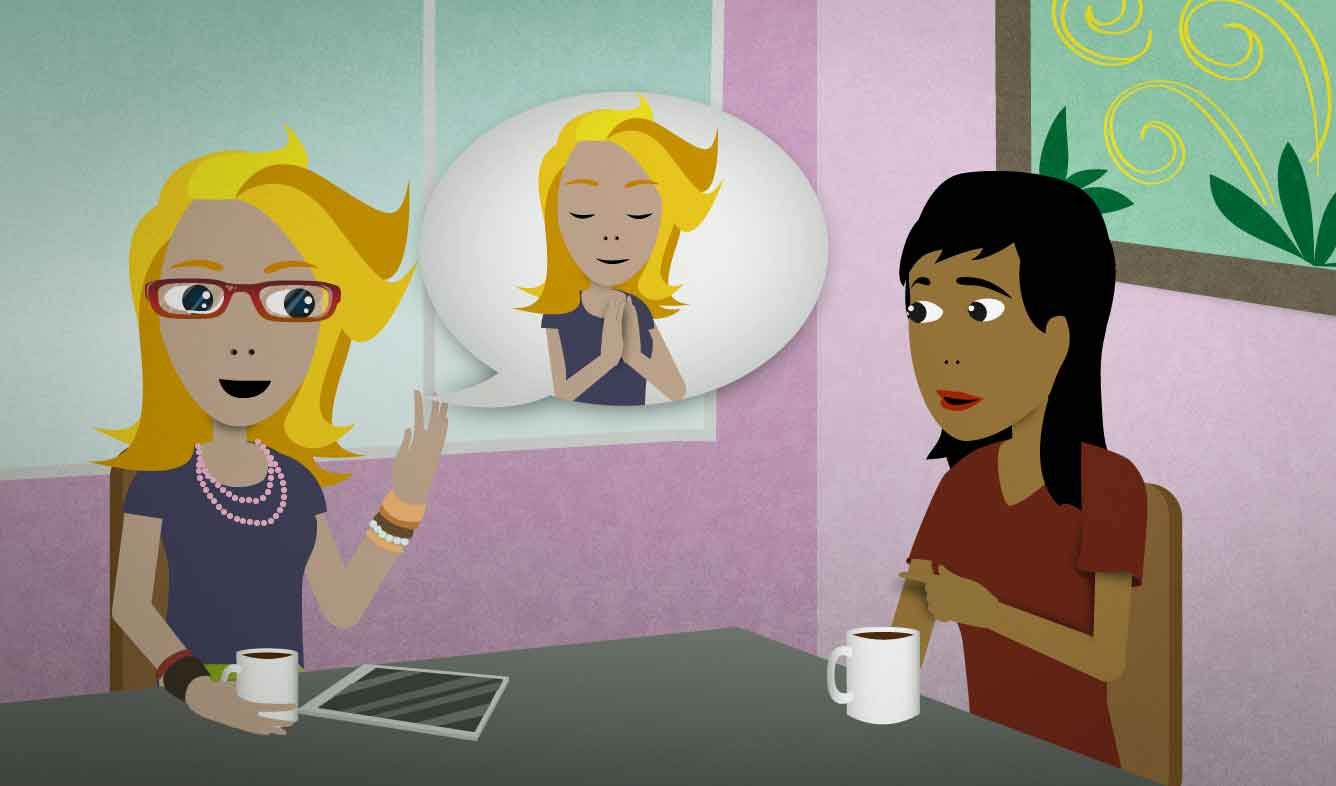 You're talking with an acquaintance that you're staring to become closer friends with. She asks about your religious beliefs. You don't officially belong to any religious group. You say:

I consider myself a spiritual person, but I don't adhere to any particular organized religion.

adhere to (a rule, custom, or system)

To "adhere to" a rule means to follow it:

Journalists are supposed to adhere to certain rules of ethics.

We don't usually use "adhere to" to talk about laws. Instead, we use it to talk about rules that come from a religion, a philosophy, or a culture.

You can use "consider ___ ___" to talk about how someone thinks or feels about something. You can use it like this:

I consider you a friend.

I don't consider myself an expert.

I consider it to be one of the most important experiences in my life."

A "spiritual" person cares a lot about things like God, the soul, spirits, the power of nature, and kindness toward other people or creatures.

Being "spiritual" is a little different from being "religious". A "religious" person cares a lot about the teachings of their religion. A "spiritual" person might be religious, or they might also not belong to any religion.

"Organized religion" means religion that is organized and that a group of people share.

An "organized religion" usually has a shared set of beliefs and rules. They also usually have places of worship, like a temple, mosque, church, or shrine.

People most often use the phrase "organized religion" to compare it against individual religious beliefs or spirituality:

I don't belong to any organized religion, but I do have a strong belief in God.

“I miss hanging out with people that I can really geek out about this kind of ...”

“Don't get me wrong; I don't claim to be some kind of expert.”