Lessons I could really use a cup of coffee.

“I could really use a cup of coffee.” 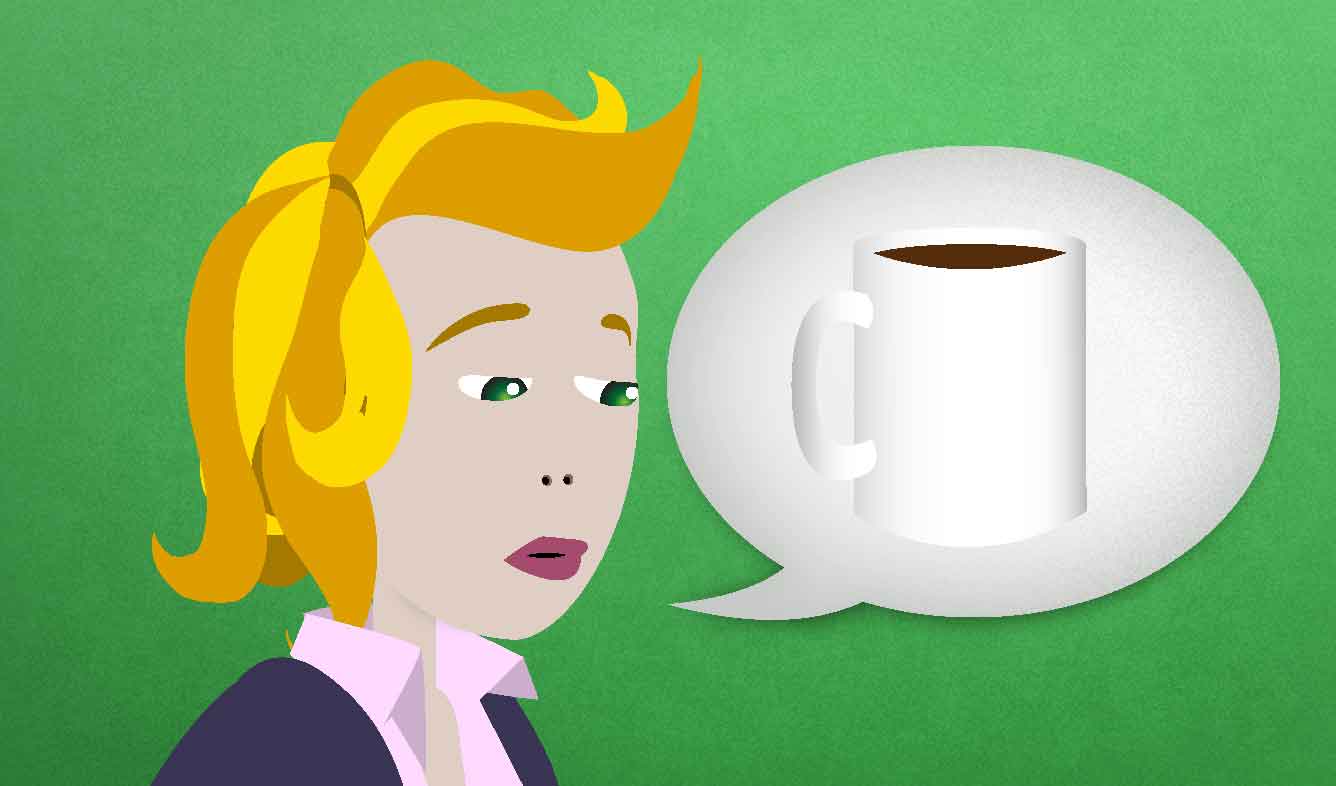 You're sleepy because you only got a few hours of sleep the night before. You're at work and really want a cup of coffee. You say this because there's no coffee available in your office.

I could really use a cup of coffee.

I could use (something)

You say "I could use ___" to indicate that you really want or need something, like a drink, but for some reason you haven't been able to get it yet. In the example at top, you say "I could really use a cup of coffee" because you're very sleepy and need some coffee, but there's no coffee nearby.

Here's another example - when you're struggling with something, and there's someone nearby who isn't helping you, you can say:

I could use a little help.

A similar phrase is "I could go for ___." Only use this to talk about things that you suddenly want, like food or drinks:

I could go for a beer right now. You want one?

a cup of coffee

"Coffee" is usually an uncountable noun, so you count amounts of coffee using the cup:

I drink 2 or 3 cups of coffee in the morning.

You may sometimes hear people ask for "a coffee", but this is usually used when ordering coffee at a restaurant or cafe. In other situations, you should say "a cup of coffee".

“I'll give you a ring next week to work out the details.”

“Let's all take a step back and remember that it's about what's best for the k...”