Lessons I forgot to charge it.

“I forgot to charge it.” 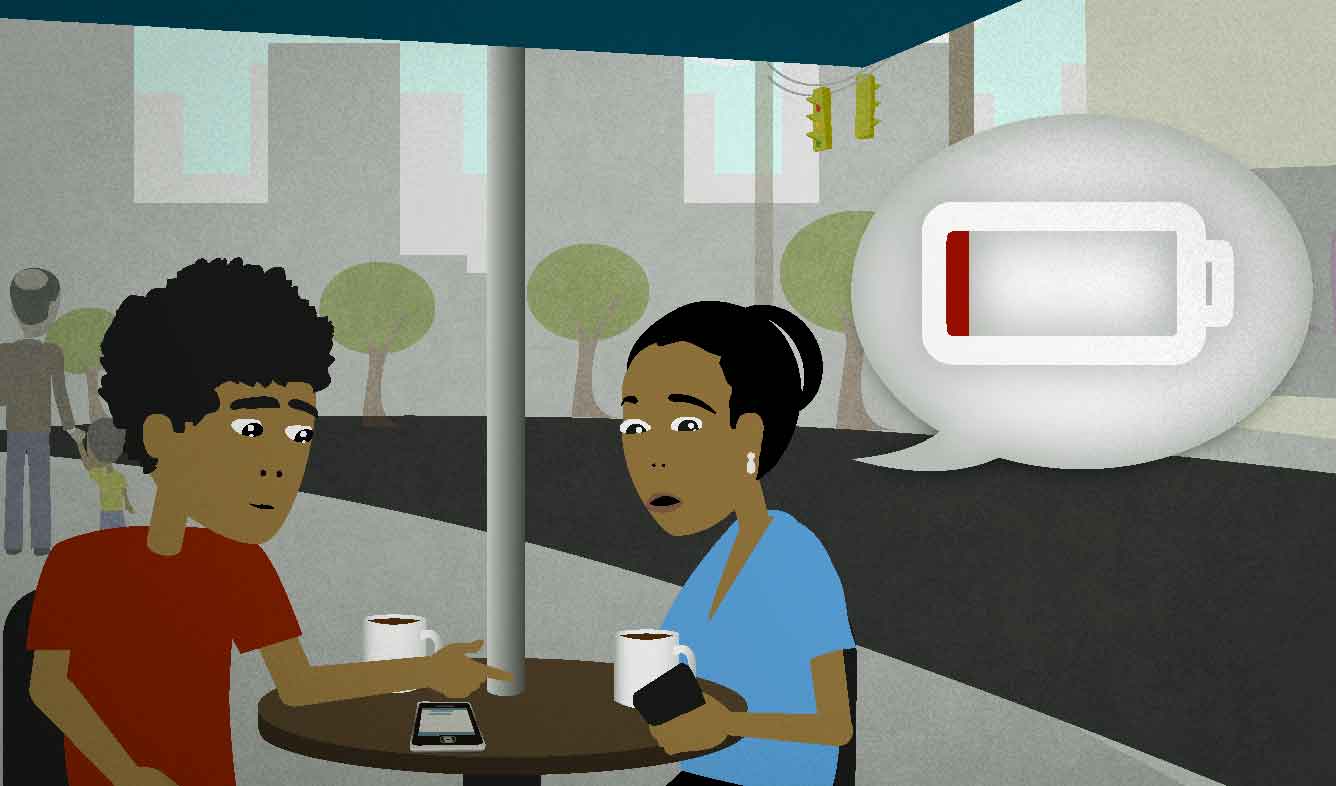 Your mobile phone doesn't work because the power is low. You want to make a call, so you ask your friend to borrow his phone. He asks why you can't use your own phone. You answer like this.

I forgot to charge it.

charge (a battery or device)

To "charge" a device means to plug it in and fill the battery. You can use the word "charge" with "battery" or you can use it with the device itself:

Don't forget to charge the camera!

When the battery is full, you say that the device "is charged":

A: Is it charged?

Charging a battery that has run out of energy can also be called "recharging" it:

I need to recharge my phone.

forget to (do something)

When you "forget to do" something, it means that you wanted to do something, but you didn't do it because you forgot:

Oh, I forgot to lock the door. Hold on just a second.

Oh shoot. Remy called me yesterday and I forgot to call him back.

Notice that there is a different phrase for when you do something, but then later forget that you did it. That phrase is "I forgot that (clause)":

I forgot that she was a year younger than us. I thought we were all the same age.

I forgot that I had actually met him once before at Crystal's party. So I introduced myself to him again.

“The average life expectancy there is something crazy like 82 years.”

“Next up is Steve. He's going to walk us through the new homepage redesign.”