Lessons I guess I might as well stick around ...

“I guess I might as well stick around and have one more.” 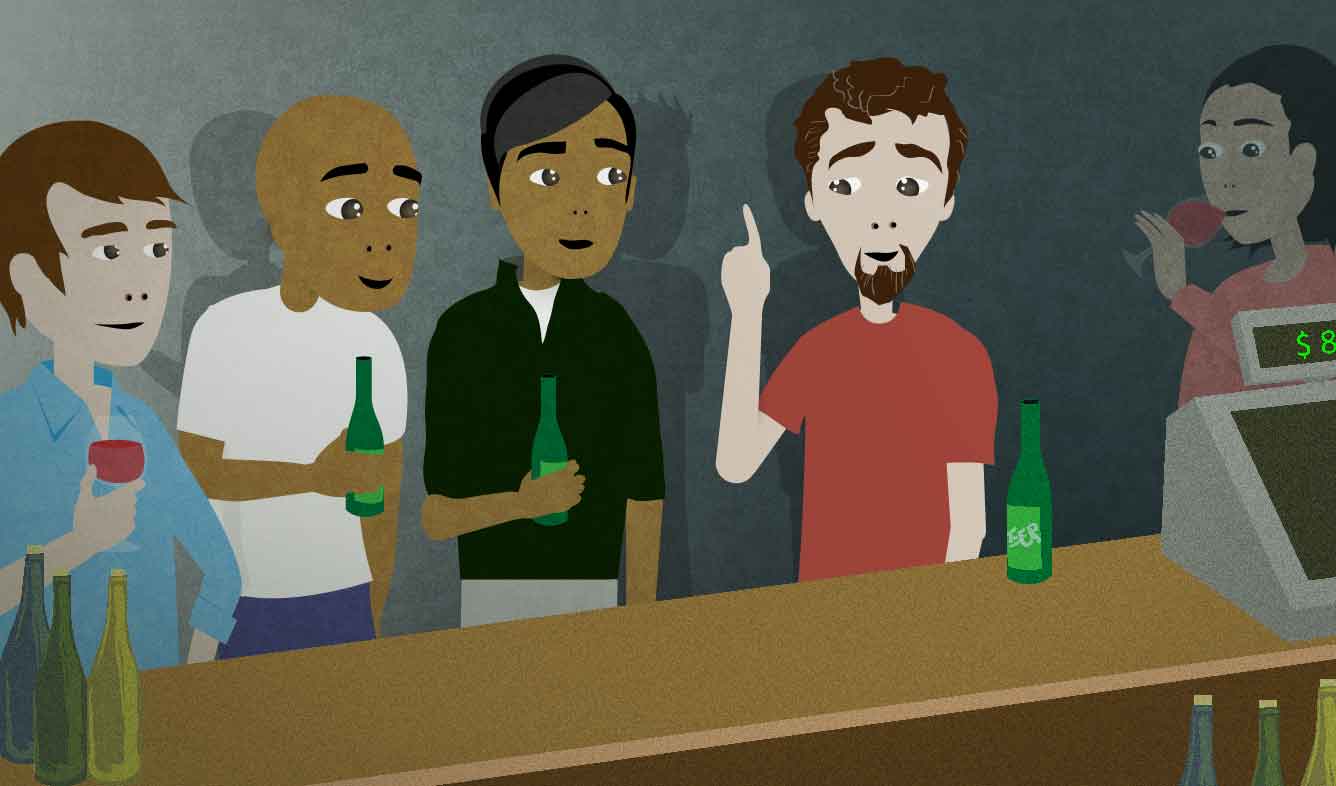 You go out to a bar with some coworkers after work on a Friday. You were planning to just have one drink and then leave, but after the first drink you're having fun so you decide to stay. You say this as you order another drink.

You use "I guess" to show that you have changed your mind when someone is trying to convince you of something. For example:

A: Why don't you stay and have one more drink?

In this example, speaker B makes it seem that it was speaker A's idea to stay and have another drink.

"I guess" is a phrase which shows that you're making a decision that's different from what you originally were planning on doing. If you simply say "I will ___", it sounds as if you wanted to do it from the start:

I'll stick around and have a few more drinks.

The phrase "might as well ___" is used when there's an action that's not happening yet, but it's almost happening. For example, if you're eating a dessert and you finish 90% of it, there's not much difference between eating 90% and eating 100%. You say:

I might as well go ahead and finish it.

Or if you have to travel to another city for work, you might decide to spend the weekend there as well and explain your reason like this:

I might as well enjoy myself since I'm there.

"Stick around" means to stay. It is a more casual way to describe staying somewhere. You can use it when talking to people in social situations:

Hey, why don't you stick around and have dinner with us?

I'd love to stick around, but I have to go pick up the kids from soccer practice.

Or you can use it in professional situations if you want to sound casual:

Hey, would you mind sticking around for a bit after the meeting? There's something I want to run by you.

English speakers often use the phrase "have ___" instead of "drink ___". For example:

Do you want to have a glass of wine with me?

If you're describing what you drank in a scientific- or medical-sounding way, you would use the verb "drink" instead of the phrase "have a drink". For example, if you got sick while on vacation in a foreign country, you might describe what made you sick:

I drank some fruit juice with ice in it on the second day, and I think that the ice is what gave me the stomach virus.

“Are you still pissed off at me about what I said this morning?”

“All right, I'll let it slide this time.”