“I’m responsible for filing permits and paperwork with the government.” 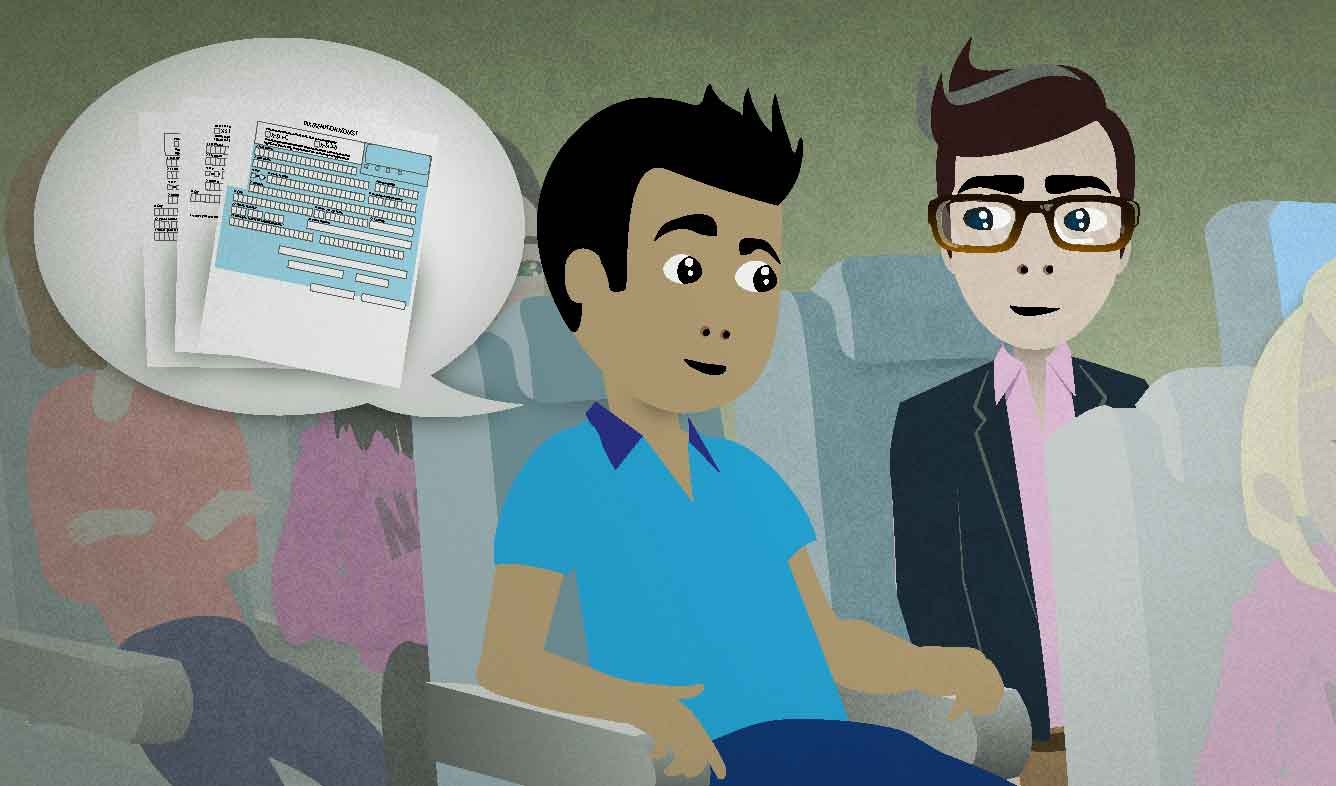 You're chatting with a man sitting next to you on an airplane. He asked about your job, so you told him your job title. Now you explain what that is.

I’m responsible for filing permits and paperwork with the government.

"Being responsible for" something means that you have to take care of it and make sure that it's OK. For example:

I was responsible for taking care of my little brother.

This means that it was your job to take care of your brother. If something bad happened to your brother, you would be blamed for it.

Here's an example that you might see on a sign in the locker room at a gym:

Total Fitness Club is not responsible for any missing or stolen items.

This means that the gym will not have to pay for your things if they get stolen.

file (a form or document) with (an organization)

"Filing" a document means completing it and sending it to the correct organization. Documents which people file include:

We don't use the verb "file" to talk about some documents, though. For example, you don't "file" an application for a job.

If you want to explain where a form was sent, use the preposition "with":

I filed a formal complaint with H.R., but they didn't do anything about it.

A "permit" is a formal document which shows that you're allowed to do something. Some common permits include:

"Paperwork" describes forms, applications, records, contracts, and other documents which a person has to deal with.

You wouldn't believe how much paperwork I had to fill out in order to get them shipped here.

I thought about doing it myself, but then I realized that there was way too much paperwork involved and so I got an accountant.

In other words, "paperwork" is something that people often complain about.

“I'm driving through a rough part of town.”