Lessons I made the equivalent of about three ...

“I made the equivalent of about three bucks an hour.” 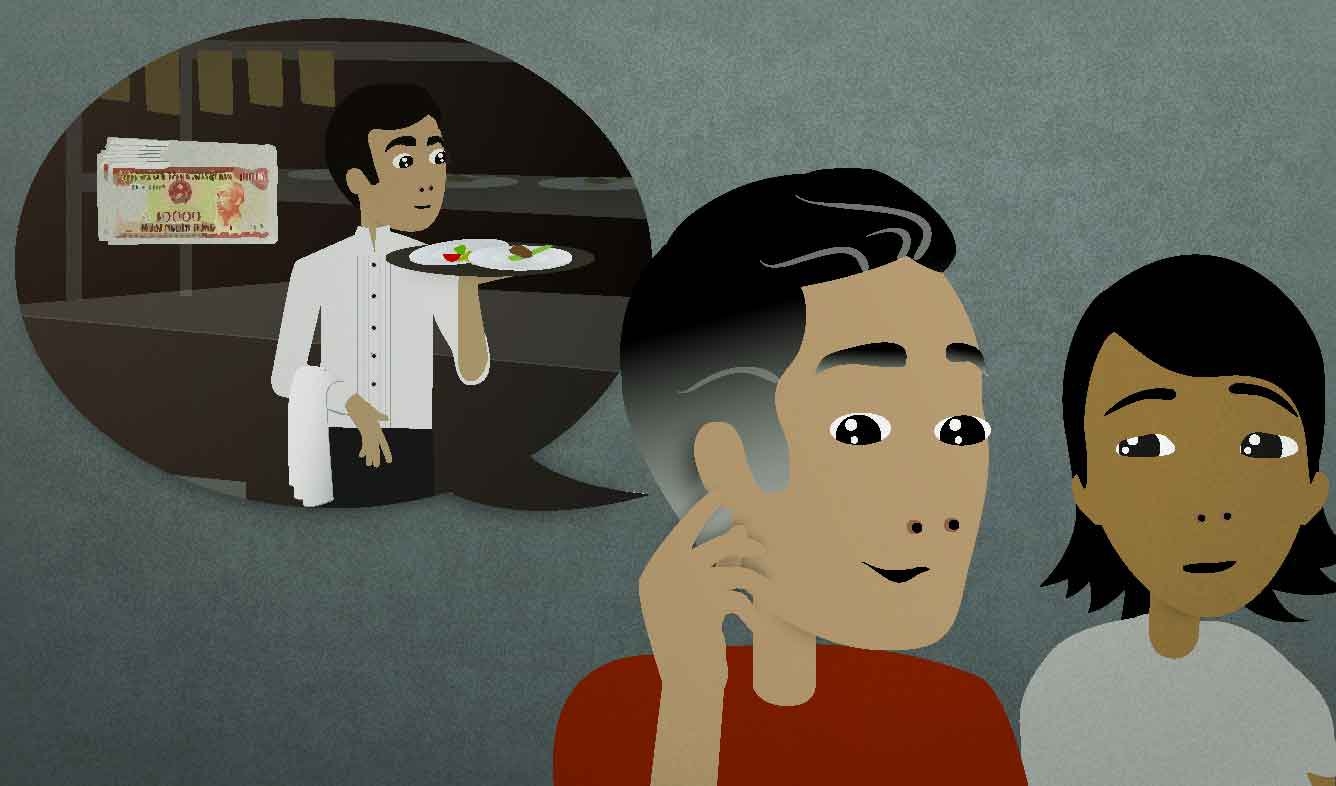 You're talking to a friend about a part-time job that you had when you were younger and lived in a different country. You tell her how much money you made, but it was in a different currency.

I made the equivalent of about three bucks an hour.

make (an amount of money)

It means that you get paid 50,000 dollars, euros, yen, or whatever form of money is used in your country.

You can tell what the time period is for this amount using "per ___":

She only makes ten bucks an hour.

the equivalent of (something)

Things that are "equivalent" are more or less equal.

We use this word to compare things that can't be compared exactly. For example, you can compare the amount of nutrition that's in two different kinds of food:

One serving of broccoli is equivalent to two oranges when it comes to Vitamin C.

You can use the phrase (do) the equivalent of (something):

I probably slept only the equivalent of eight hours during the entire trip.

“Well, I appreciate your honesty.”

“We have it so easy these days.”