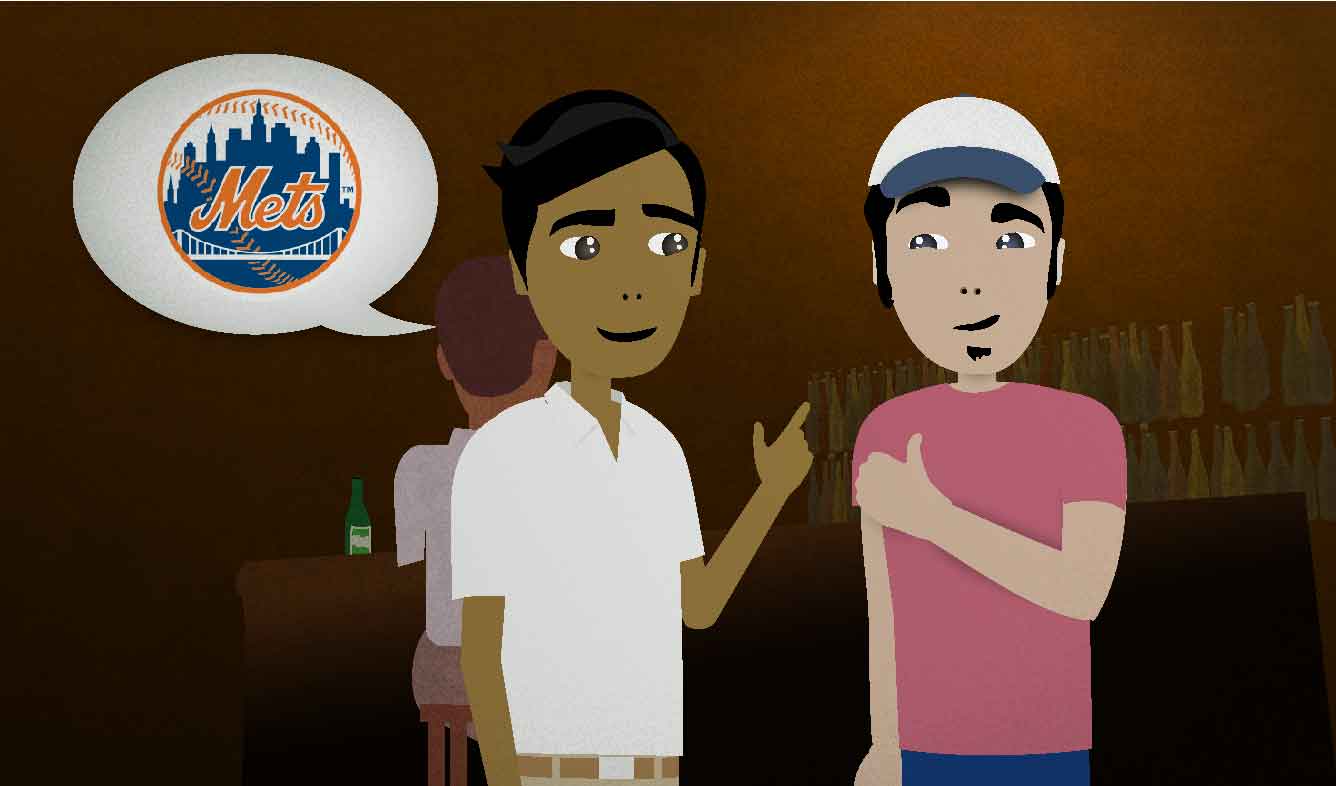 You were having a friendly disagreement with your friend about who's going to win a baseball game. Your friend announced "I bet you a hundred dollars the Mets are going to lose." You really think the Mets will win, so you would agree to that bet. You say this in response to your friend.

Use "that" to refer to something that a person just said:

A: I'm going to try to start a career as an actor.

Or you can talk about something that you heard on T.V. or radio using "that".

The meaning of "might" is hard to explain without using "might"! But it's meaning is similar to "maybe" plus "will". If you say that you "might" do something, it means that it's possible that you will do it.

A: I bet you a hundred dollars the Mets are going to lose.

take (someone) up on (a bet/an offer)

To "take someone up on" something means to accept what they've offered. For example, if someone invited you to have dinner together, and you agreed, you can describe it this way:

I took him up on his offer to take me out to dinner.

This also works if someone offers to sell you some of their stuff:

He offered to sell me his car for two thousand bucks. You think I should take him up on it?

And you can take someone up on a bet that they've announced:

He bet me twenty bucks that I couldn't get a perfect score, and I took him up on it.

“Hey, you're taking up the whole bed!”

“Difficult situations like this really bring out the best in people.”