Lessons I went straight to sleep as soon as I...

“I went straight to sleep as soon as I got home.” 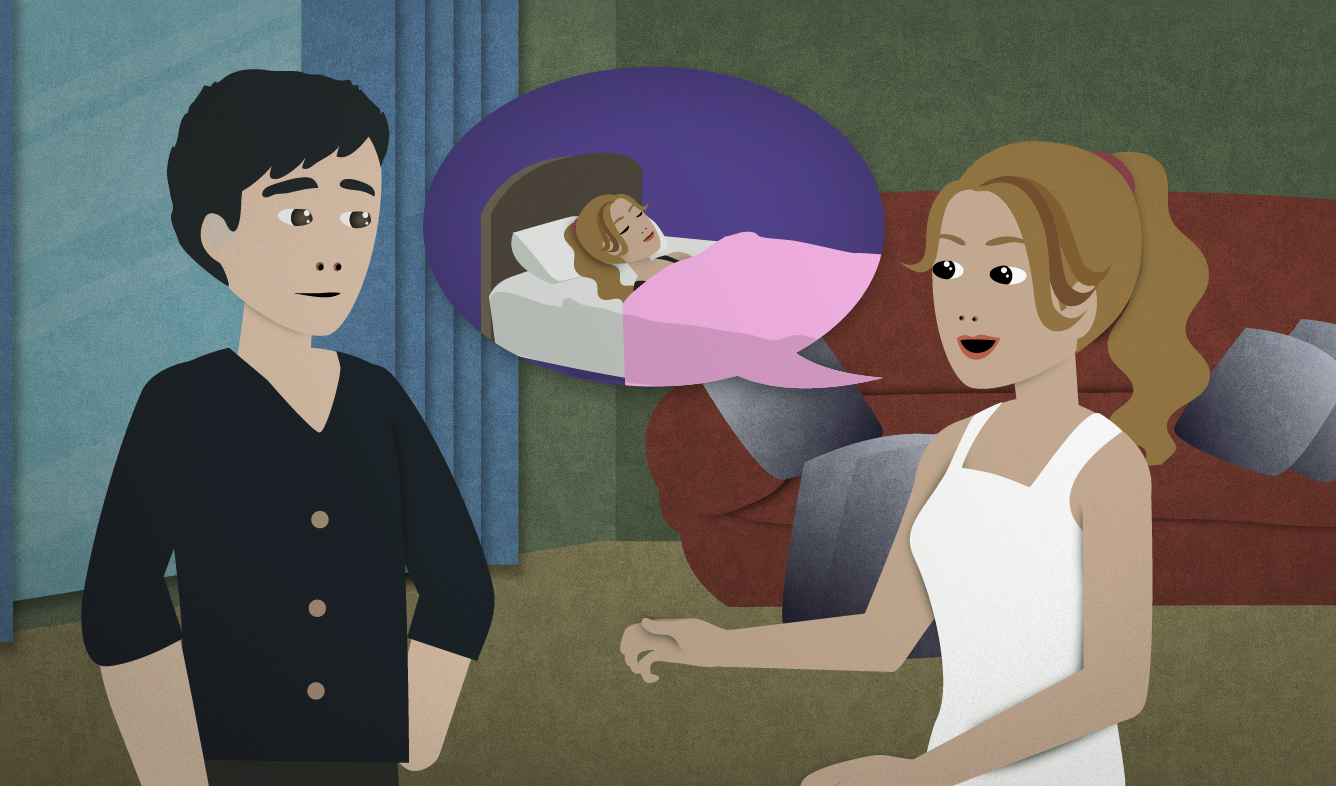 You went on a trip with a group of friends for 4 days. You had a lot of fun and didn't sleep much, so you were tired at the end of your trip. You went to sleep soon after you returned home. You say this while talking to one of your friends who was on the trip.

"Go straight ___" is usually used to talk about going to a place without stopping or going somewhere else first:

I went straight home after work.

But it's also used in the phrase "go straight to sleep", which means to go to sleep immediately after something. Parents use this phrase when they're punishing their young children:

If you don't behave yourself, you're going straight to sleep after dinner. Do you understand me?

When you're talking about sleeping, there are several stages:

There are other actions that have similar stages. For example, you "put on" clothes, then "wear" them, then "take them off".

got home simple past tense sleep travel
Print this Lesson

“I walked quite a way out, but it was still only about waist deep.”

“Rina, let me call you right back.”