Lessons I work in the production department a...

“I work in the production department at the newspaper company Bravo Inc. in New York.” 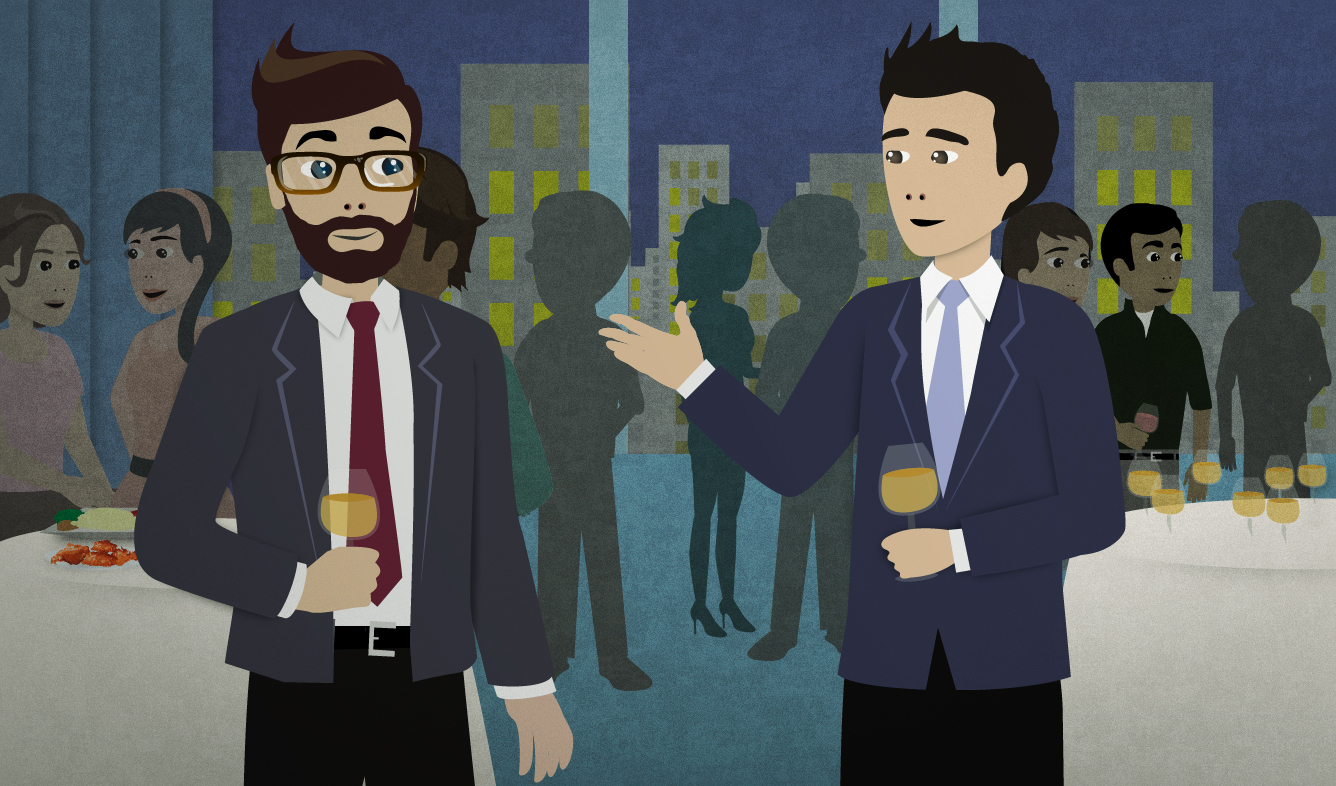 You're at a party at a professional conference. A stranger introduces himself and asks what you do. You tell him where you work.

I work in the production department at the newspaper company Bravo Inc. in New York.

Areas of a company are called "departments". Each department usually has a name, like:

You can either call the department by its name or say "the ___ department":

I think you'll need to talk to the Finance department about that.

(someone) works in (a department or section)

When you're talking about someone's job, here's how to talk about the department or area that the person works in:

She works in sales.

I work in the facility maintenance department.

You can also use "in" when you talk about the industry that someone works in:

We work in food service.

(someone) works at (a company or location)

You can talk about the company where someone works with the word "at":

Don't you work at IBM?

You can also use "at" to talk about the location where someone works, even if it's not a company:

I've worked at the same school for over 30 years.

No, I think he works at the store on 8th Street.

"Inc." is a word added to the end of a company name. It stands for "incorporated" which means that the business is a corporation. In other words, it's not a business owned by a single person or a small partnership.

"Inc." is often included in the official name of a company, but may or may not be part of the commonly used brand name of the company. For example, the computer company Apple is usually just called "Apple" even though the official company name is "Apple Inc." You would say or write "Apple Inc." if you wanted to make it clear that you are talking about the company and not a piece of fruit or the products that Apple sells. So you might read this in a newspaper article:

job meeting someone (for the first time)
Print this Lesson

“You can't count on someone always being there to support you.”

“Oh, my bad. Didn't realize you were saving it.”