Lessons I'll see your five and raise you five...

“I'll see your five and raise you five more.” 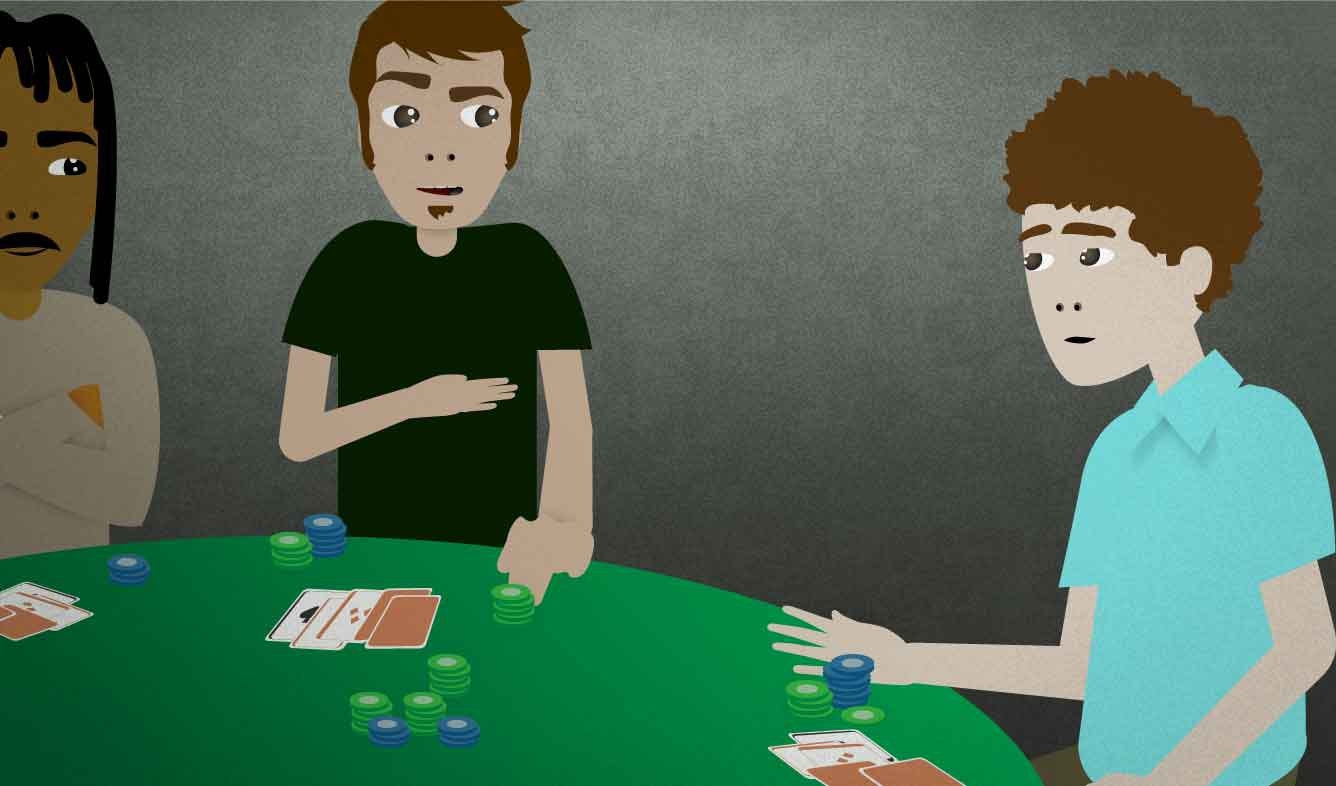 You're playing poker. The last player bet five dollars. You think that your cards are better than his, so you want to stay in the game and bet even more. You say this while moving your poker chips.

I'll see your five and raise you five more.

When you're playing a card game like poker that involves betting, each player takes turns making bets. When one person bets a certain amount, everyone else must either "see" the bet, which means to bet the same amount, or "fold", which means to give up and lose that round.

So when telling a story about a poker game that you played, you might say:

I wasn't really sure what to do, but I saw his bet. It turned out that all he had was a pair of aces.

raise (someone) (an amount)

In poker and other gambling games, "raising" someone means betting even more than they did.

For example, imagine that Player A bets two dollars. Player B "raises" Player A one dollar, so the bet is now three dollars in total:

I'll see your two and raise you one.

Then the other players, including Player A, need to match that bet or "fold", which means to give up.

betting will
Print this Lesson

“A lot of insects like butterflies and mosquitos go through a life cycle with ...”

“What's all that racket?”