Lessons I'm in the mood for something light.

“I'm in the mood for something light.” 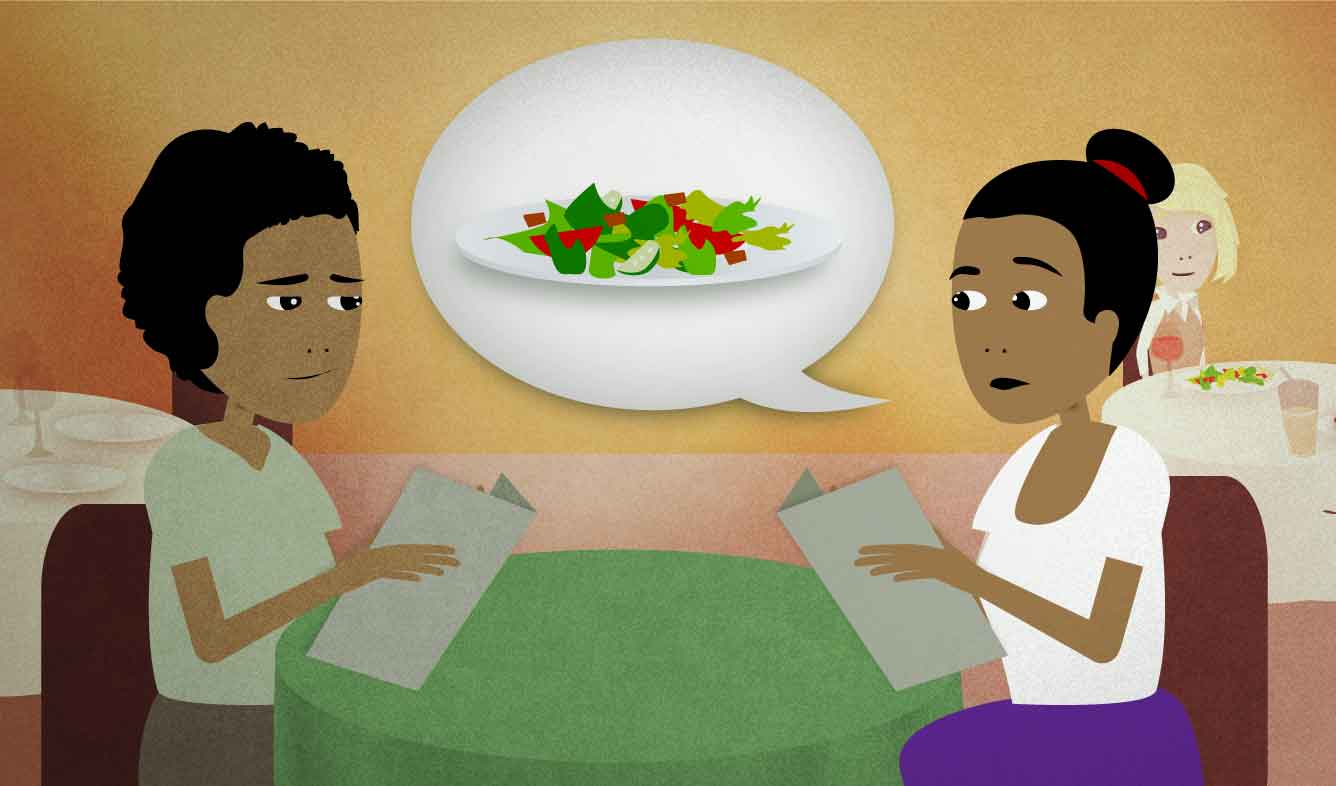 You're having lunch with your friend at a restaurant. You're looking at the menus to decide what to order. Your friend asks you what you're going to get, so you say this.

I'm in the mood for something light.

I'm in the mood for (something)

A "mood" is a temporary feeling that you have, which normally lasts a few hours. For example:

In this example, you're saying someone has been angry or upset for a few hours or for a day or two.

When you say "I'm in the mood for ___", it really just means "I want ___". But saying you're "in the mood for" it makes it sound like it's a temporary feeling that might be a little different from what you usually want.

In the example at the top, saying that you're "in the mood for something light" means that you want to eat light food now, although you may usually get something heavier.

When you want to talk about a thing that fits a certain description, you can use "something ___". For example:

We should do something fun this weekend.

I wish I'd studied something a little more practical.

Food that is "light" usually doesn't have much fat or calories. Light foods include salads, fruit, some sandwiches, etc.

Foods that aren't light can be called "heavy" food. Examples include steaks, fried foods, creamy pasta dishes, and so on.

food mood in a restaurant
Print this Lesson

“The distance between us and the nearest star is so vast, it takes about 4 yea...”

“Does that make sense?”