Lessons In many ways, people are worse off no...

“In many ways, people are worse off now than they were 10 years ago.” 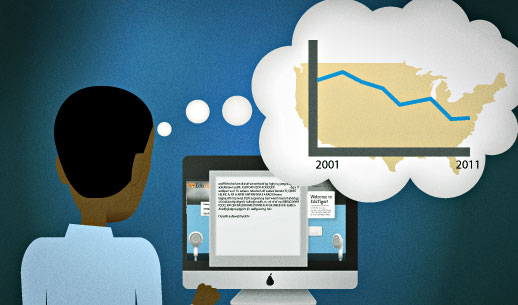 You're writing an essay about the U.S. economy. Some numbers show that the economy is bigger than it was 10 years ago, but you don't think that the economy has actually improved. You write this in your essay.

In many ways, people are worse off now than they were 10 years ago.

In many ways, (sentence)

Use this phrase when you can't say that something is completely true, but you think it's kind of true.

In many ways, it's actually harder for men to get ahead in the modern workplace than women.

In many ways, I still care for him. But there's no way we can continue to be together.

(someone) is worse off now than (at some other time)

To be "worse off" now than before means that your life and your general situation isn't as good as it used to be. When people say that someone is "worse off", they're usually talking about their financial situations, their safety, and their health.

You're no worse off now than you were when you started.

You don't always need to say what time periods you're talking about. For example:

Almost every change in the law makes some people better and other people worse off.

Africa is worse off than India, economically speaking.

You can also say "better off".

“I'm all for moderation, but this is ridiculous!”

“When was the last time you got a haircut?”