Lessons It says you're supposed to use it in ...

“It says you're supposed to use it in a well-ventilated area.” 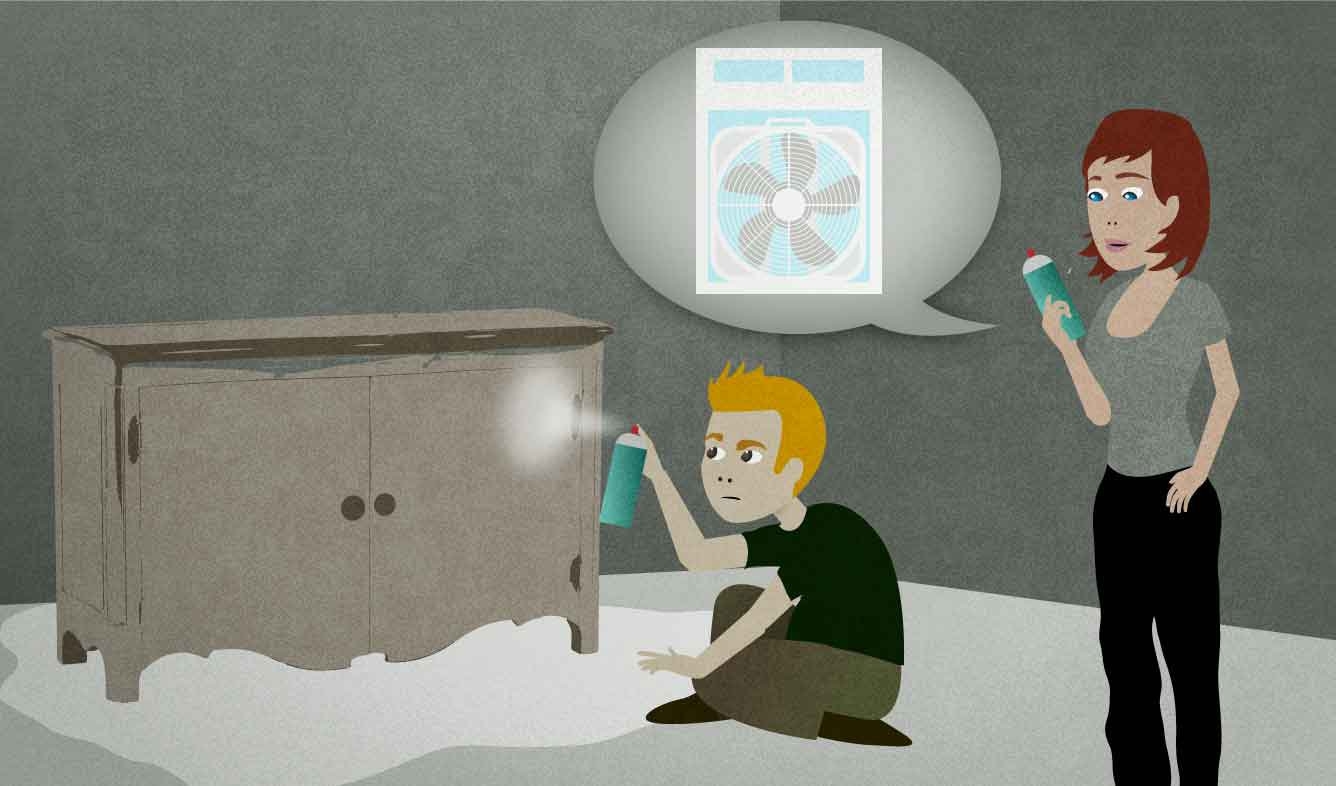 Your husband is going to spray paint an old piece of furniture that you bought at a yard sale. He's going to do it in the garage, but after reading the spray paint can you don't think it's safe.

It says you're supposed to use it in a well-ventilated area.

(someone) is supposed to (do something)

Say that someone "is supposed to" do something if:

Note that "supposed to" can also be used in other situations, like when you're reporting information that you heard from other people.

It says to (do something)

When you read some instructions and then report them to another person, use the phrase "It says to ___." For example:

It says to add the onions and celery and simmer for five minutes.

It says not to touch the connectors.

You can also specify where the instructions came from:

It might seem strange to use "says" with written instructions since the instructions don't actually speak. But English doesn't have a separate verb to describe information that's written down, so we use "says".

use (a chemical) in a well-ventilated area

"Ventiation" means allowing air to move between the indoors and outdoors. This can be done with windows, vents, or fans.

Chemicals which are dangerous for people to breathe often have a warning. The warning says that you should use the chemical in a "well-ventilated area", so that the person using it can get fresh air.

“It wouldn't kill you to do a load of laundry every now and then, would it?”

“It was way out in the middle of nowhere.”