“It takes place in Ancient Rome.” 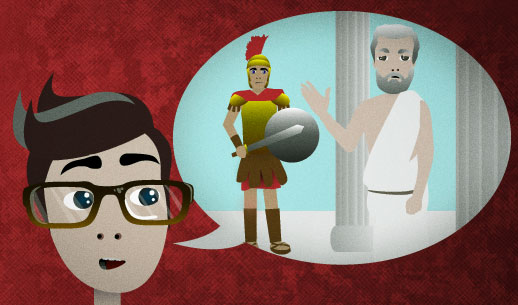 There's a TV show that you like which is about Roman gladiators. You're describing the show to a friend who hasn't seen it. You start by saying this.

It takes place in Ancient Rome.

(a story) takes place in (a time and place)

Use this phrase to describe the setting of a movie, book, TV show, play, etc. The phrasal verb "take place" means to "happen", so the sentence describes where and when the story happens.

You can follow "take place" with either a time, a location, or both:

I saw a movie that took place in 18th century France.

It takes place in a school for young wizards and witches.

It's set in Ancient Rome.

The word "ancient" means "extremely old". One way that people use it is to name famous civilizations in history. Some of the most common examples are:

All of these civilizations are more than a thousand years old.

“Would you mind being my guinea pig?”