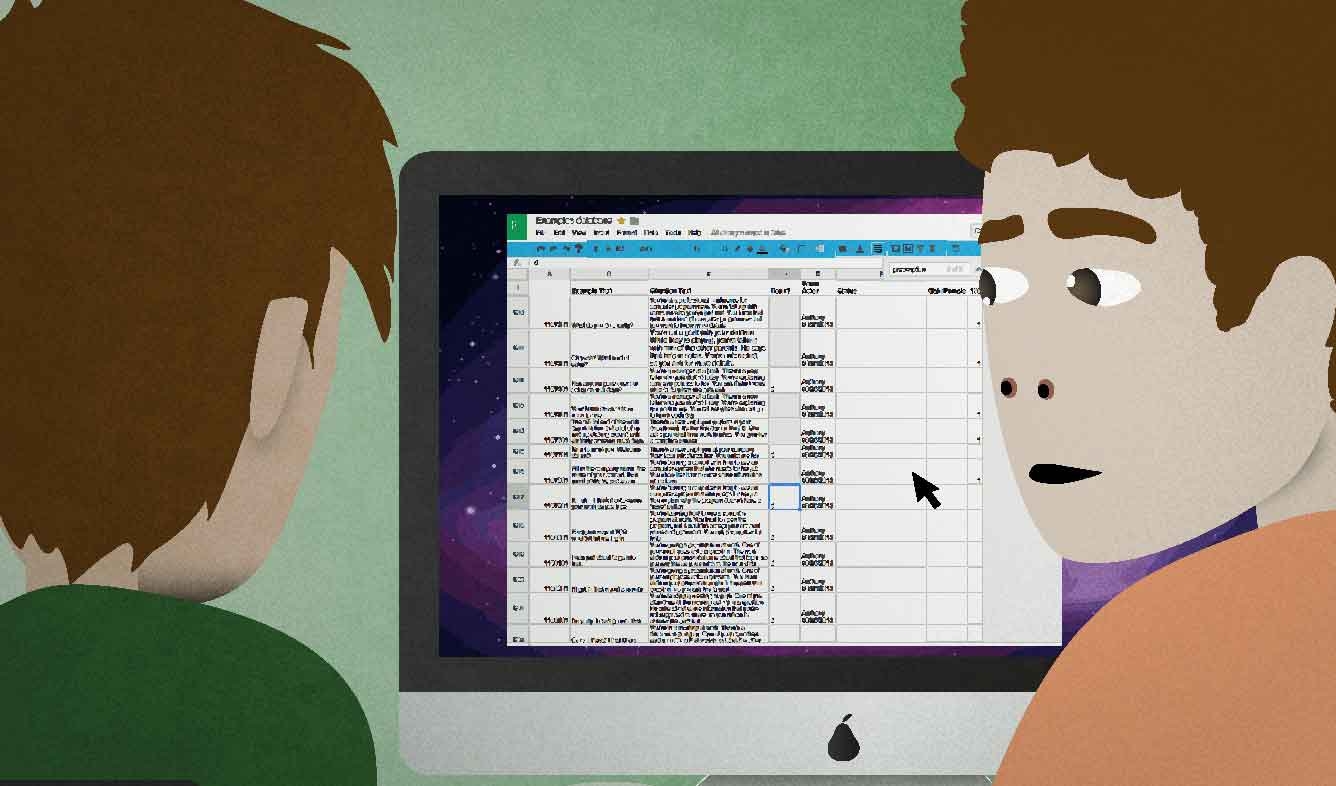 You're training a coworker in how to use a computer system that she needs for her job. You explain why the program doesn't have a "save" button.

English speakers use the sound "uh" when they're not exactly sure what to say next. You can use it in many different locations in a sentence:

You, uh, soak the beans overnight, and then you cook them for, uh, for about two hours.

People don't usually say "uh" on purpose. It's a habit which can be annoying if someone over-uses it. If someone wants to sound very intelligent, they may try to train themselves not to use "uh" as much.

When people speak English in the real world, they don't always form sentences perfectly. We often change a sentence in the middle like this:

You're... You and Bernice are getting... you're engaged now, right?

When you change your mind on how to form a sentence, you just back up and repeat the important parts of the sentence. You can also repeat parts of a sentence after a pause:

Jae is... Jae is smart, but he's not good at focusing.

"Saving" a program means keeping important information that was created. For example, when you write something in a word processor, you "save" it so that you won't lose what you wrote.

Some programs "auto-save". That means that they automatically save their information. The user doesn't need to do anything.

B: Don't worry. It auto-saves.

Talk about two ongoing things happening at the same time with "as":

The sky started to get darker as we were walking.

I like to listen to audio-books as I'm driving.

"As" can also come at the beginning of a sentence without changing the meaning:

As we were walking, the sky started to get darker.

"As" is similar to "while". But you can also use "while" when one event was ongoing but the other event wasn't:

Someone called while I was taking a shower.

"As" would not fit perfectly in that sentence, but it wouldn't be completely wrong. So it's safe to think of "while" and "as" as being the same.

The verb "type" can be used with an object:

It can also be used without an object:

I hear her typing.

“Baby, would you mind giving me a hand with this?”

“You can tell by the way she carries herself and her tone of voice that she co...”