Lessons It was supposed to be an investment, ...

“It was supposed to be an investment, but it turns out it actually depreciated in value.” 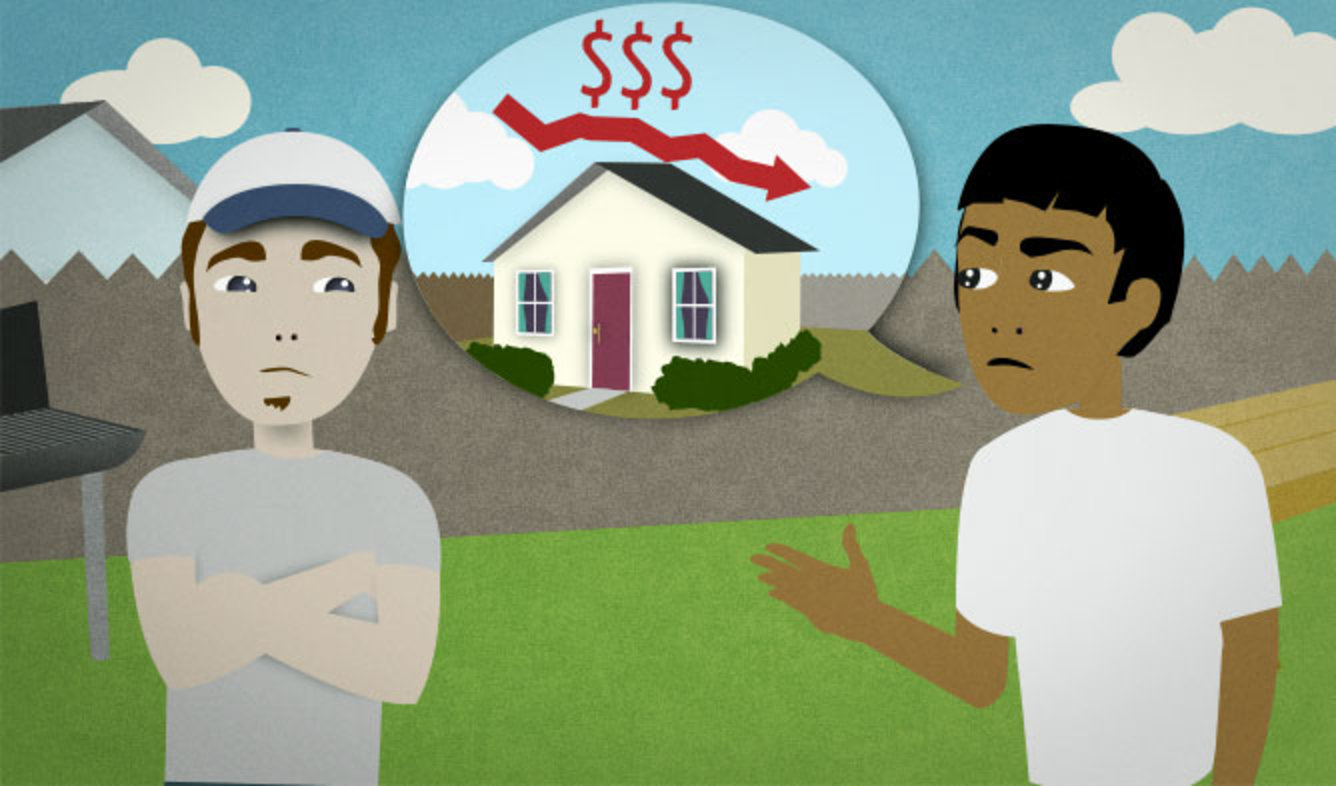 You bought a house a few years ago because you thought that it would be a smart financial decision, but now the house is worth less than you bought it for. You're complaining about it with your brother-in-law, who's visiting you.

It was supposed to be an investment, but it turns out it actually depreciated in value.

(something) was supposed to (be / do something)

If you planned for something to happen one way, but in reality it happened another way, you can use "___ was supposed to ___."

For example, imagine that you arranged a study group with some students at your university. One person didn't show up, so you write a text message to him:

You were supposed to meet us in front of the library at four.

(something) is an investment

An "investment" is something that you spend your money on, hoping that you will get more money back in return. Stocks and bonds are common investments. Real estate (houses, buildings, and land) can also be investments.

Tools that you buy in order to do your business can also be called "an investment".

English speakers also sometimes call something that they buy "an investment" when they think that it's going to last a long time and bring a lot of value. For example:

A: How much did that cost?

B: About six hundred dollars.

A: Wow. That's pretty expensive, no?

B: Yeah, but it's an investment. A high-quality jacket like this will last forever.

This use of "investment" is technically incorrect, but it's common.

(something) depreciates in value

When something "depreciates in value", it means that its value decreases. For example, most cars depreciate in value over time. A new car costs a lot more than an older car, and the older the car is, the less it's worth.

This is a slightly technical-sounding term. A simpler way to describe this is "goes down in value":

Cars go down in value the longer you own them, so it makes more sense to buy a used one.

The opposite of "depreciate" is "appreciate".