Lessons It's a routine procedure.

“It's a routine procedure.” 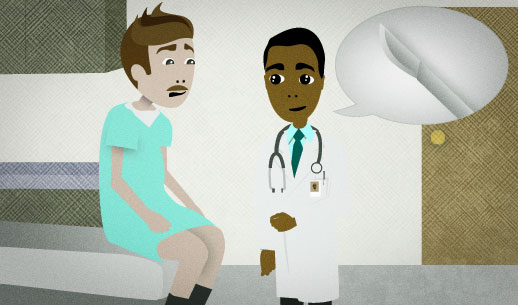 You're visiting a doctor because of a problem with your knee. The doctor recommends that you get surgery. You're worried about getting surgery. The doctor sees this and tries to reassure you by saying this.

It's a routine procedure.

When a doctor says that something is a "routine procedure", it means that he or she often does it, and it's nothing new or scary.

The word "routine" means "usual". You might know that "routine" can be used as a noun:

So, have you settled back into the routine?

But it can also be an adjective like in the example at top.

When you're talking to a doctor, a "procedure" usually means a surgical procedure. Or, in other words, some kind of surgery. In general, a "procedure" is a set of actions that follow specific steps. Here are some other common types of procedures:

in a doctor's office procedure surgery 日本語
Print this Lesson

“Would you mind being my guinea pig?”