Lessons It's beneficial not only, you know, f...

“It's beneficial not only, you know, from an environmental standpoint, but also in terms of reducing our dependence on foreign oil.” 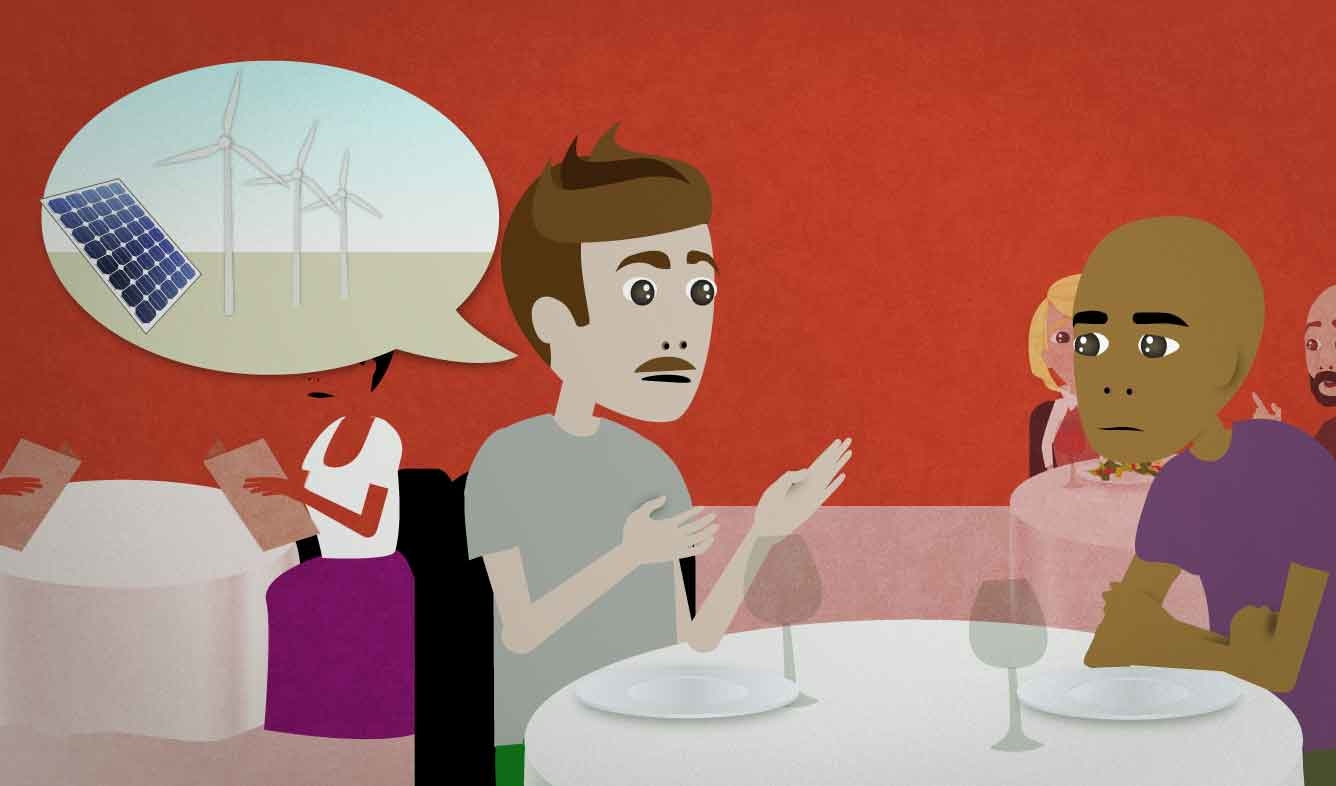 You think that it's important for your country to develop "green" energy sources like solar power and wind power. You have a few different reasons for thinking so. You're discussing this issue with a friend at dinner.

It's beneficial not only, you know, from an environmental standpoint, but also in terms of reducing our dependence on foreign oil.

The phrase "in terms of" explains what standard you're measuring something on. In this example:

Whether they're growing in terms of revenue, I'm not so sure.

Where do you see yourself in 5 years in terms of your career?

"Beneficial" means "good" or "helpful". It sounds academic, so you use it in sentences like this:

Research on the beneficial effects of low-carbohydrate diets is increasing.

Some common collocations for "beneficial" are:

Use this phrase to talk about two different things that are both true. The first one is obvious or expected, and the second one is more unexpected. For example:

She's not only beautiful, but also strong and intelligent.

The second part of the sentence includes "but also" or "but __ as well":

Kids that age not only pick up everything they see, but they often like to stick objects in their mouths as well.

I not only warned him; I absolutely forbade him to go.

from a (something) standpoint

A "standpoint" is a certain way of seeing things or a way of thinking about the world.

For example, you can explain why you can't take someone's suggestion for a proposed construction project for your company:

It would be nice to have, I agree. But it just doesn't make sense from a business standpoint.

The "business standpoint" means thinking about the project as a businessperson.

Other common "standpoints" include:

An "environmental" thing is one of the following:

Here's an example of each:

The amount of environmental damage that was caused is absolutely enormous.

Exposure to secondhand smoke is one of the primary environmental causes of lung cancer.

In the U.S., one of the main reasons that people discuss for wanting to develop green energy sources like solar energy and wind energy is to "reduce the country's dependence on foreign oil". This means that the country won't need to buy oil from other countries.

Reducing the country's dependence on foreign oil makes the country more independent because other countries won't be able to control the amount or cost of energy.

(something is) you know, (something)

Use "you know" in the middle of a sentence like this to form a stronger connection to your listeners.

The feeling that you convey when you say "you know" in the middle of a sentence is something like "I know that you know what I'm talking about."

“At the tone, please leave your name and a detailed message.”

“Oh, good thinking. That would be great.”