Lessons It's you who should be worried, my fr...

“It's you who should be worried, my friend.” 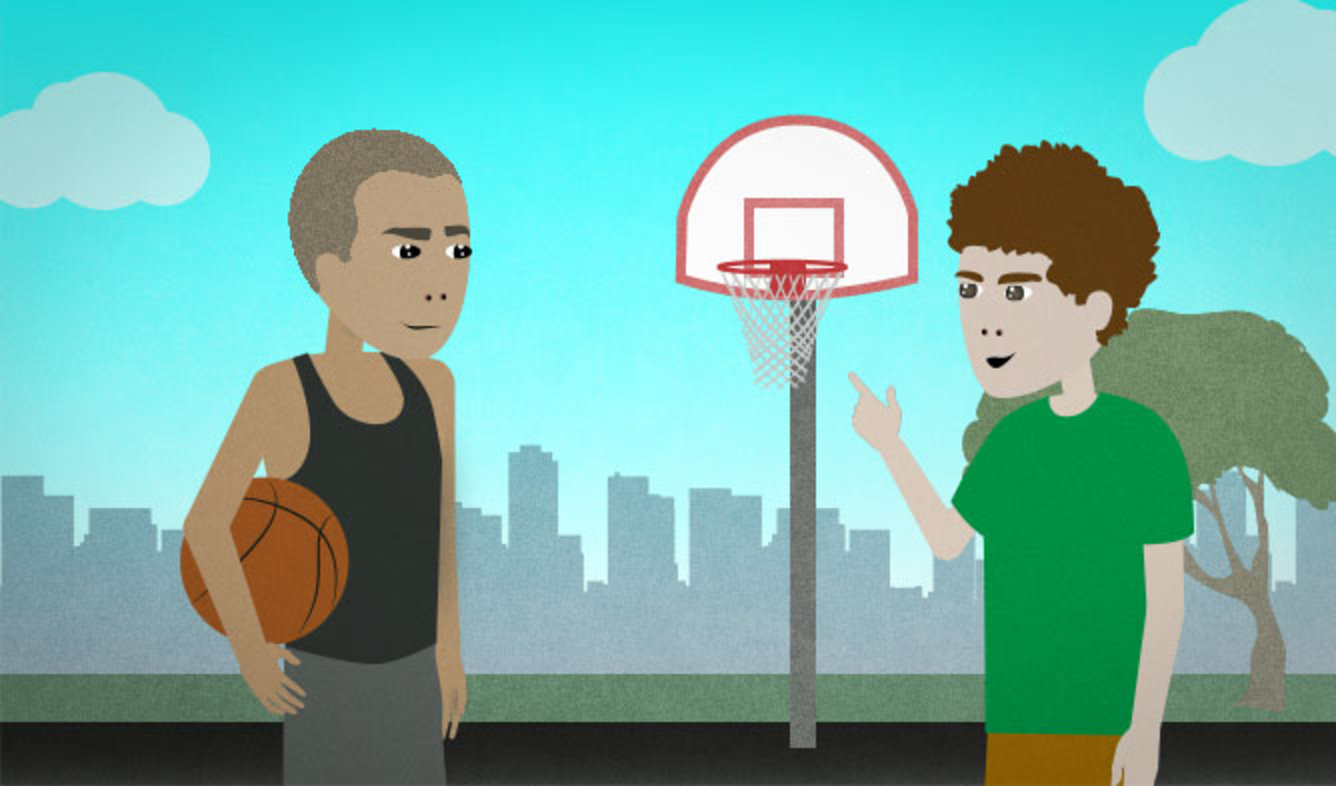 You and a friend are about to play basketball against each other. Your friend asks if you're worried that you're going to lose. You want to tease your friend, so you threaten him.

It's you who should be worried, my friend.

It's (someone) who (does something).

Use this phrase to correct something that another person has just said. For example:

A: You made a mistake.

B: It's you who has made the mistake!

A: I really think you ought to apologize.

B: Why? It's he who should apologize.

People add "my friend" to the end of a sentence sometimes. It's mostly men who do this when talking to other men.

Some situations in which you can add "my friend" to a sentence include:

This is not a very common way to end a sentence. It's more common to use someone's name or a label like "man" a the end of a sentence:

casual responding to someone playing sports teasing someone
Print this Lesson

“Why don't you go outside and play for a little while, OK?”

“What do you do for a living?”