Lessons I've got to get a new laptop. Mine is...

“I've got to get a new laptop. Mine is absolutely ancient.” 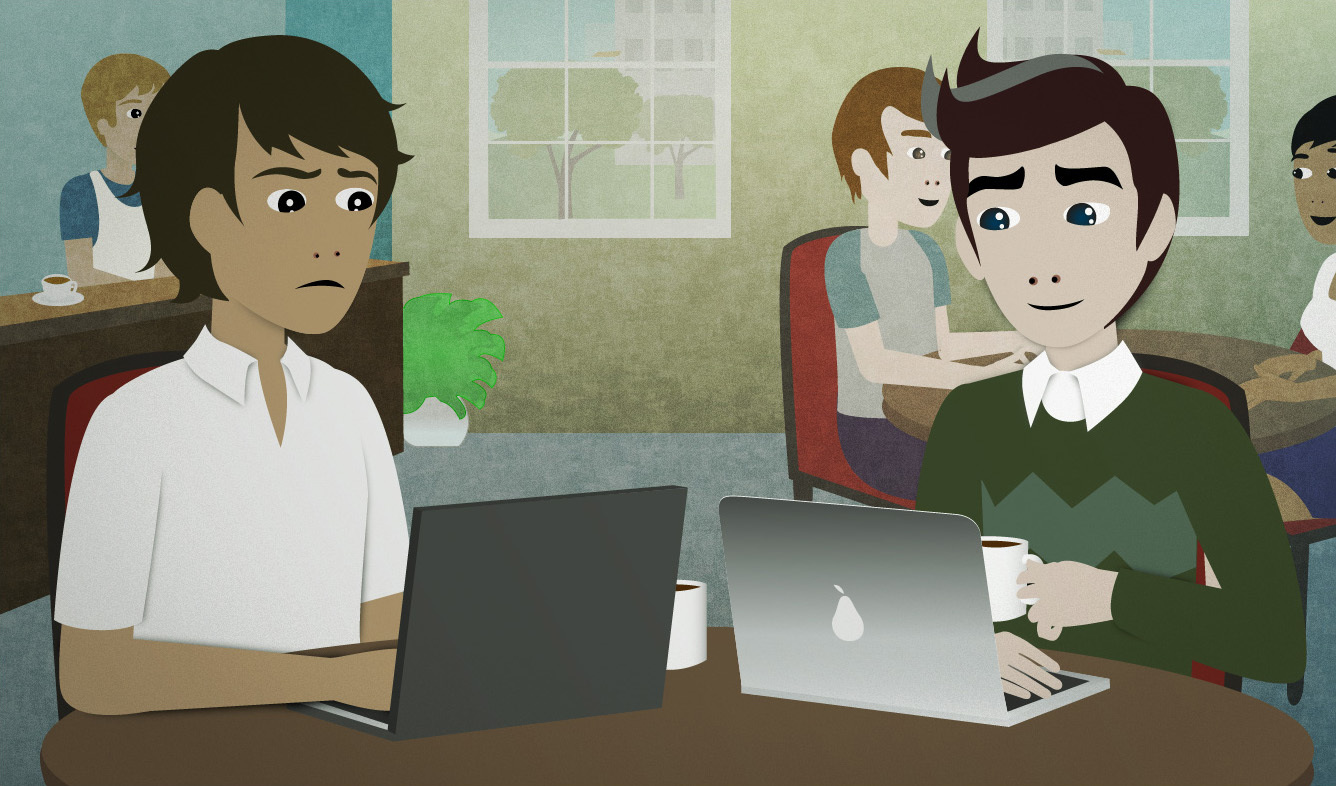 You're at a cafe with a friend, working on your laptop. You're getting frustrated because your computer is so slow. You mention to your friend that you need to get a new one.

I've got to get a new laptop. Mine is absolutely ancient.

I've got to (do something)

When you really want to do something and feel like you can't wait any longer, you say "I've got to ___":

I've got to get an iPad.

This is pronounced with stress on the word "got".

In casual English, "got to" can be written as "gotta" and pronounced as "godda". In that case, the stress falls on the first syllable, "godda".

The word "ancient" describes things that are thousands of years old. Some examples of "ancient" things include:

Because the word "ancient" has such an extreme meaning, people often use it to exaggerate about how old something is. In this example:

Look at that phone — that thing is ancient!

...the phone is only a few years old, but that seems very old because new phones are coming out so quickly. These days, people actually use "ancient" quite often to talk about technology that's old and out-of-date.

"Laptops" are portable computers. They're also known as "notebook computers", but the word "laptop" is more common in casual spoken English.

Oh, did you get a new laptop?

Computers that are not portable are called "desktops".

You can use the word "absolutely" to strengthen an adjective that already sounds strong:

I was absolutely exhausted.

It was absolutely disgusting.

Note that if an adjective isn't already strong, you can't use "absolutely" with it. So "I'm absolutely tired" would be strange, while "absolutely exhausted" is OK. "It was absolutely big" is strange, but this works:

It was absolutely enormous.

“Every time I ask her to help out, she gets all angry and defensive!”

“Don't be wasteful. Let's donate them.”