Lessons Lay it on its side and hold it steady...

“Lay it on its side and hold it steady with your other hand. It's easier to cut that way.” 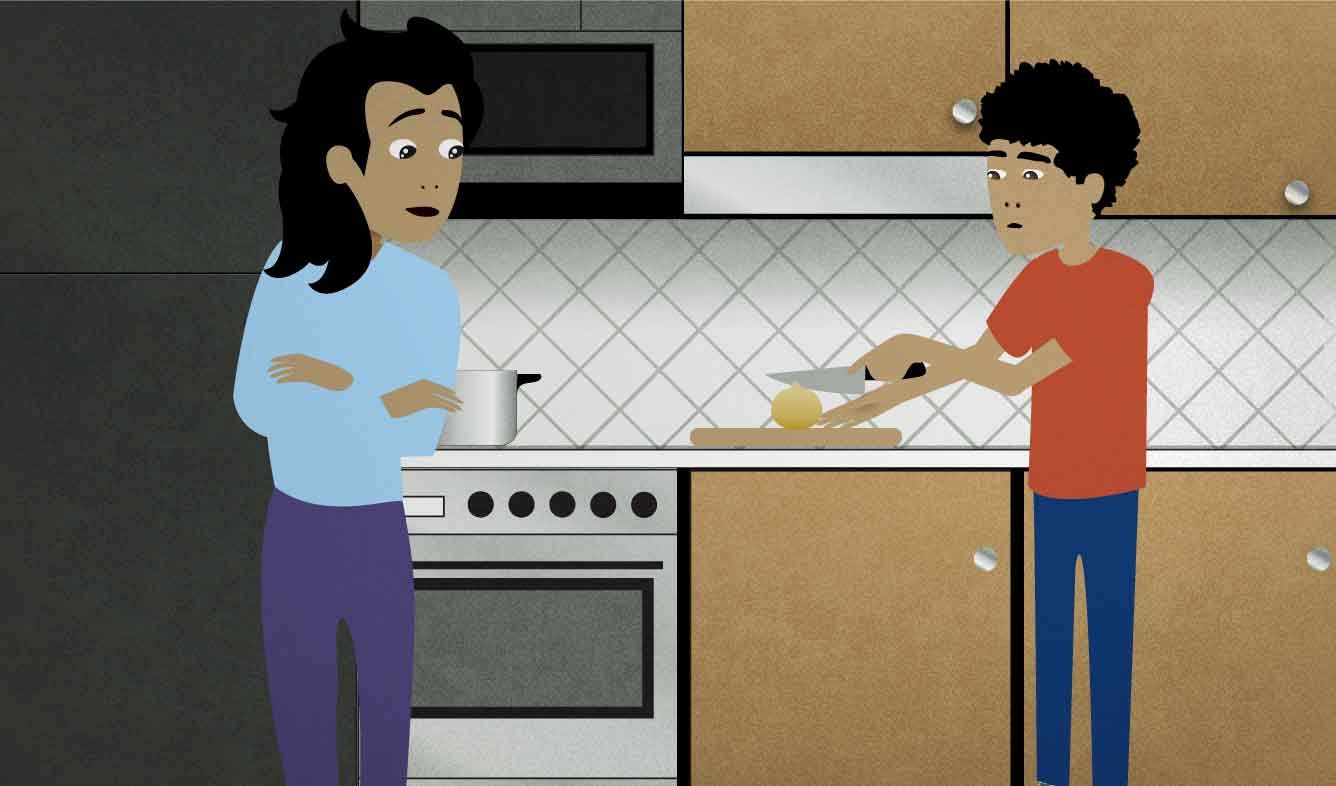 Your son offered to cook dinner tonight. He's cutting an onion, but the way that he's cutting it looks dangerous and inefficient. You tell him how to do it.

Lay it on its side and hold it steady with your other hand. It's easier to cut that way.

When something is "steady", it means that it's not changing a lot. For example:

They seem to have a steady relationship.

The stock market has been steady this week.

Be careful stepping on that. It's not steady.

So "holding ___ steady" means holding it so that it doesn't move around. You can hold a ladder steady, a stool that someone is standing on, a piece of wood that you're nailing, etc.

lay (something) on its side

Some objects have a clear top, bottom, front, and back. For objects that have these, the "side" is either of the other two directions.

When you "lay" something "on its side", you put it in a position with the side facing down. For example, you can tip a bottle over and lay it on its side on a table.

(something) is (easier/harder) to (do) that way.

Use this phrase to compare two different ways of doing something. You want to describe which way is easier. For example, if someone is trying to save the address for a website, you can suggest another method:

Why don't you save it in your bookmarks? It's easier to find that way.

Let's divide them up and each do half of them. I think it's faster that way.

“I was wondering if I could exchange them for another pair.”