Lessons Let's say you go up on stage and comp...

“Let's say you go up on stage and completely bomb. So what? What's the worst that can happen?” 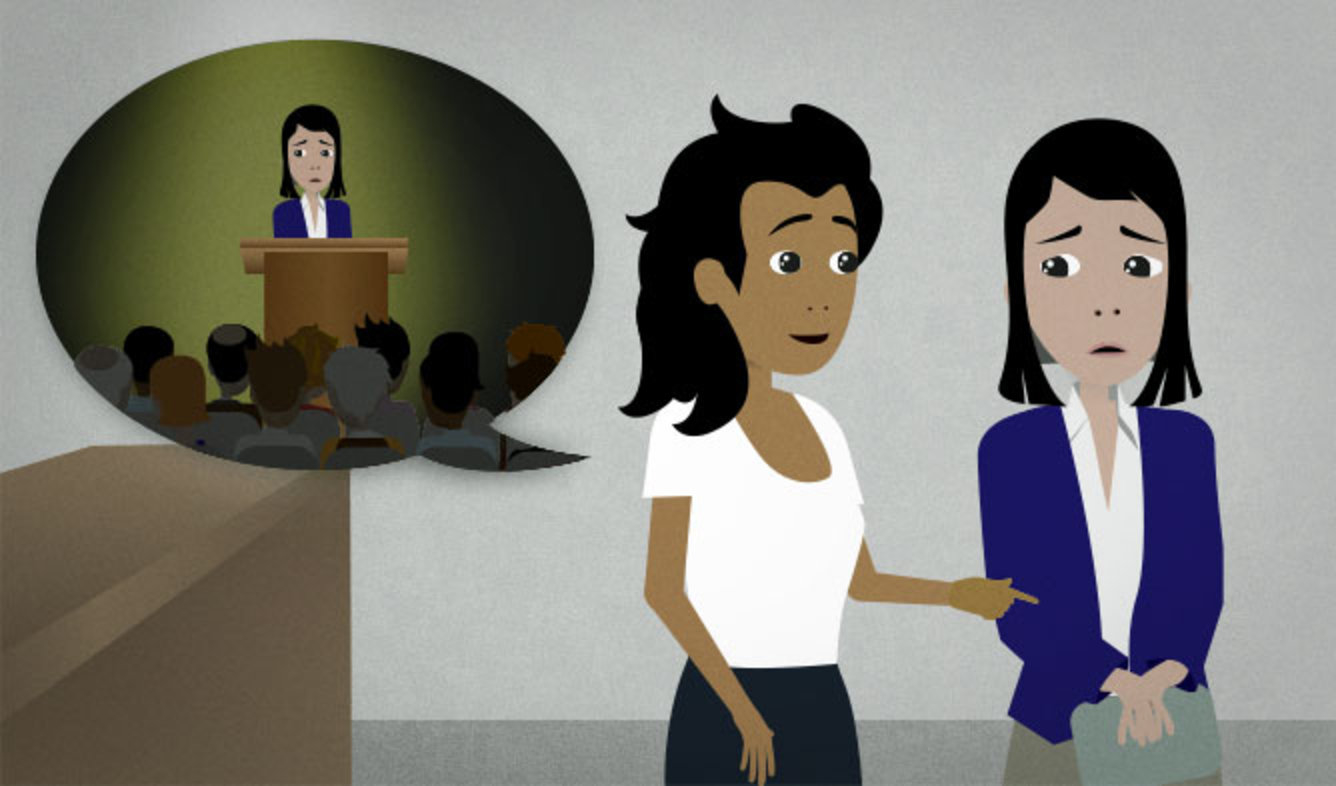 Your friend has been asked to give a speech at a conference that's coming up in a few weeks. She's really worried about it and is thinking of refusing the offer. You're trying to encourage her to do it.

Let's say you go up on stage and completely bomb. So what? What's the worst that can happen?

When you're discussing a topic, sometimes you have to imagine a situation and then describe what would happen in that situation. You can do this with the phrase "Let's say that..." Here's an example:

Let's say that I hire you at my company and you do a bad job. Should I have to keep paying you, or should I be allowed to fire you and hire someone better?

In this example, the speaker isn't really hiring the other person. In fact, the speaker might not even have a company! The speaker and listener are just imagining what would happen in that situation.

Let's say you ask her out and she says "no". So what? It's not the end of the world.

This expression is really useful for debating or explaining things.

go up on stage

When someone is going to give a speech, they "go up on stage".

"Bombing" is a slang term that means doing very badly in a performance.

When someone like a speaker or a comedian "bombs", it means that they're not entertaining and the audience does not enjoy their speech or performance. You can either say that the person "bombed" or that part of their performance "bombed".

I had a few jokes to start off the presentation with. They completely bombed.

It's common to use words like "completely" and "totally" before "bombed".

Things like movies and products can also "bomb". In this case, "bombing" means not selling well.

"So what?" means "Who cares?" Use this phrase when you think that something isn't important, like this:

A: We're going to miss our train.

B: So what? We'll just get the next one.

"So what?" is a casual expression, and very common.

What's the worst that can happen?

People often use this phrase to convince someone to take a risk. For example:

Just send in your application. What's the worst that can happen? Even if they don't hire you, at least you'll have tried.

"What's the worst that can happen?" means that the negative risks of doing something are not very bad.

If someone is thinking about doing something dangerous or foolish, don't ask "What's the worst that can happen?" Instead, you might say something like "It's worth a shot."

“I work in the accounting department at a law firm.”

“You don't want to come across as too desperate.”