Lessons Megan was pissed off at Don, but sinc...

“Megan was pissed off at Don, but since she couldn't yell at him directly she took it out on Peggy.” 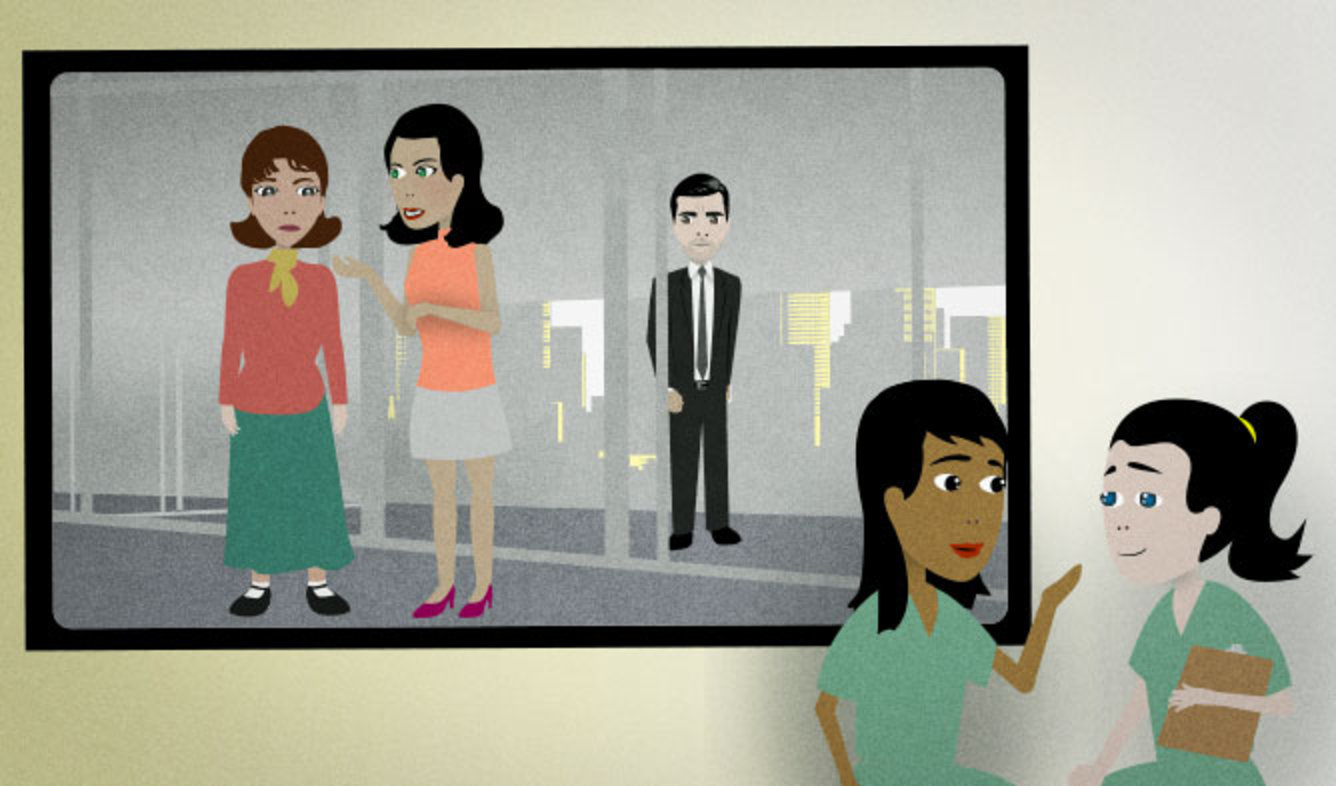 You saw a TV show last night. Now you're talking to a friend who's interested in that show, but missed last night's episode. You explain how two characters got in an argument.

Megan was pissed off at Don, but since she couldn't yell at him directly she took it out on Peggy.

You "yell at" someone when they've done something wrong and you're angry at them. In most cases, a person in a higher social position yells at the person in a lower position. For example:

Ms. MacGuire used to yell at me all the time for talking during class.

I got yelled at for not calling my parents.

The meaning of "yell at" is similar to the word "scold", but English speakers almost never use "scold" except in formal written English. "Yell at" is the common way to express this.

(someone) is pissed off at (someone)

Being "pissed off" means being quite angry.

I am so pissed off right now!

Are you still pissed off at me about what I said this morning?

"Pissed off" is a slightly rough phrase, so avoid it in polite situations with people you don't know well.

(talk to someone) directly

Talking to a person "directly" means that you talk to them, instead of to someone else.

You should tell him directly to stop calling you. I mean, he obviously doesn't know how to take a hint.

Saying things "directly" is usually a good thing in English. A more negative-sounding expression to describe speaking directly to someone is "to (his or her) face":

I'll tell him right to his face that he's being a complete ass.

take it out on (someone)

"Taking it out on" someone means yelling or getting angry at a person, even though they're not really what's made you angry. For example, if you have a bad day at work, and then come home and yell at your aunt, you're "taking it out on" your aunt.

So what is "it" exactly? "It" refers to your anger or stress:

When you don't deal with stress properly, you can end up taking your anger out on those around you.

“You've got to grow a thicker skin if you want to make it in this business.”

“Look! You got ice cream all down the front of your shirt!”