Lessons My heartfelt thanks to our great #Sal...

“My heartfelt thanks to our great #SalesConf speakers and attendees!” 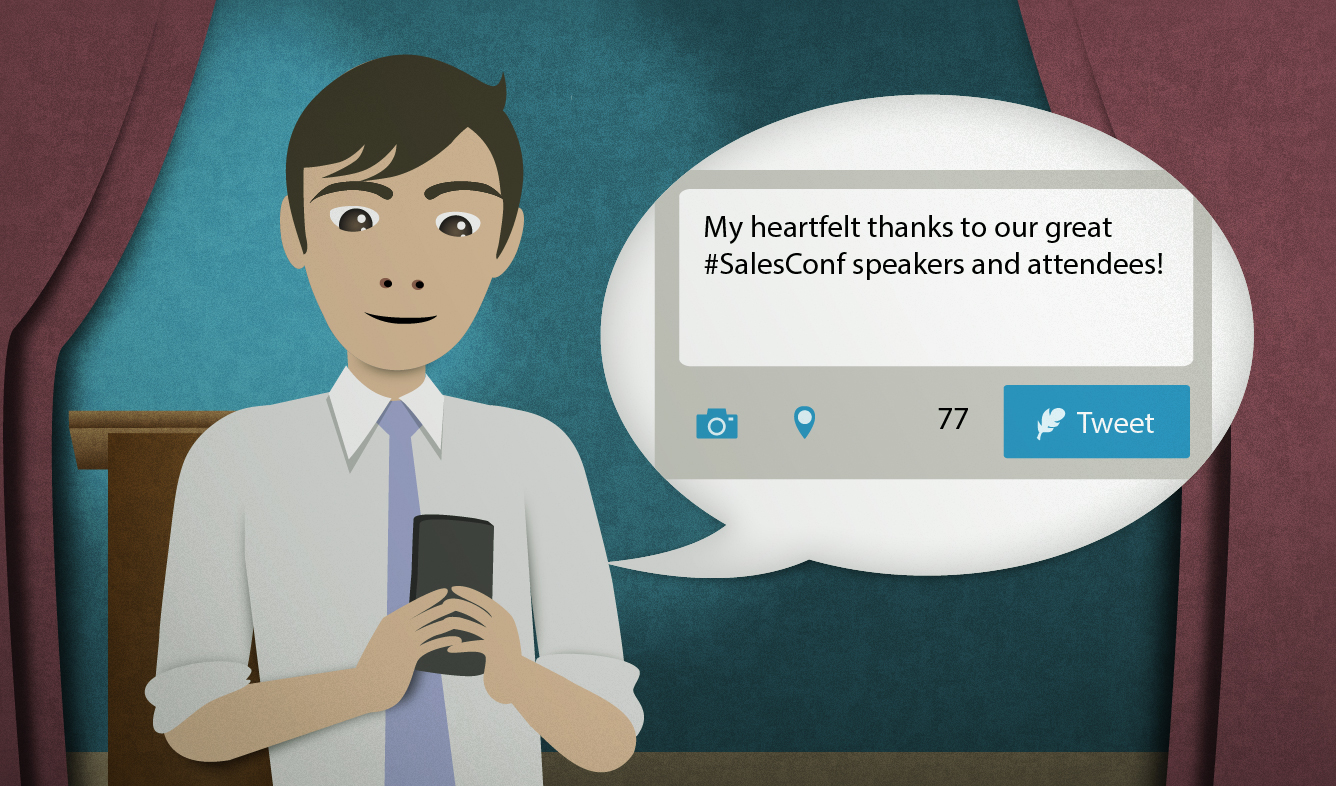 You organized a professional conference. The conference has finished now, so you write a message on Twitter to thank the speakers and the people who came to the conference.

My heartfelt thanks to our great #SalesConf speakers and attendees!

When you give someone your "heartfelt thanks" it means that you are thanking them in a very deep, geniune, emotional way. This is a rather formal phrase that you can use when giving a speech, writing a formal letter, or making a public announcement.

Our heartfelt thanks to everyone who participated.

I give you my heartfelt thanks for everthing that you've done for me over the years.

Other words that you can use with "hearfelt" include:

On social media services, the symbol "#" is called a "hash tag". People use hash tags to mark the topic of a social media message.

The phrase "hash tag" also refers to the combination of that symbol with a word. For example, if you're writing a message on Twitter about learning English, you could add the hash tag "#English" to the end of your message.

Outside of social media, the "#" symbol is called the "pound symbol". You might hear this if you call a company with an automated customer service system:

People who come to an event like a meeting, a conference, or a political rally can be called "attendees".

We printed out name tags for each of the attendees.

"Attendee" is a little formal. The people who organize an event would probably use the word "attendees" to talk about the people who came, but the attendees themselves might not refer to themselves that way.

at a conference social media thanking someone Twitter
Print this Lesson

“Before we get started, I wanted to remind everyone that your time sheets are ...”