“Probably just pay off my credit cards and student loans.” 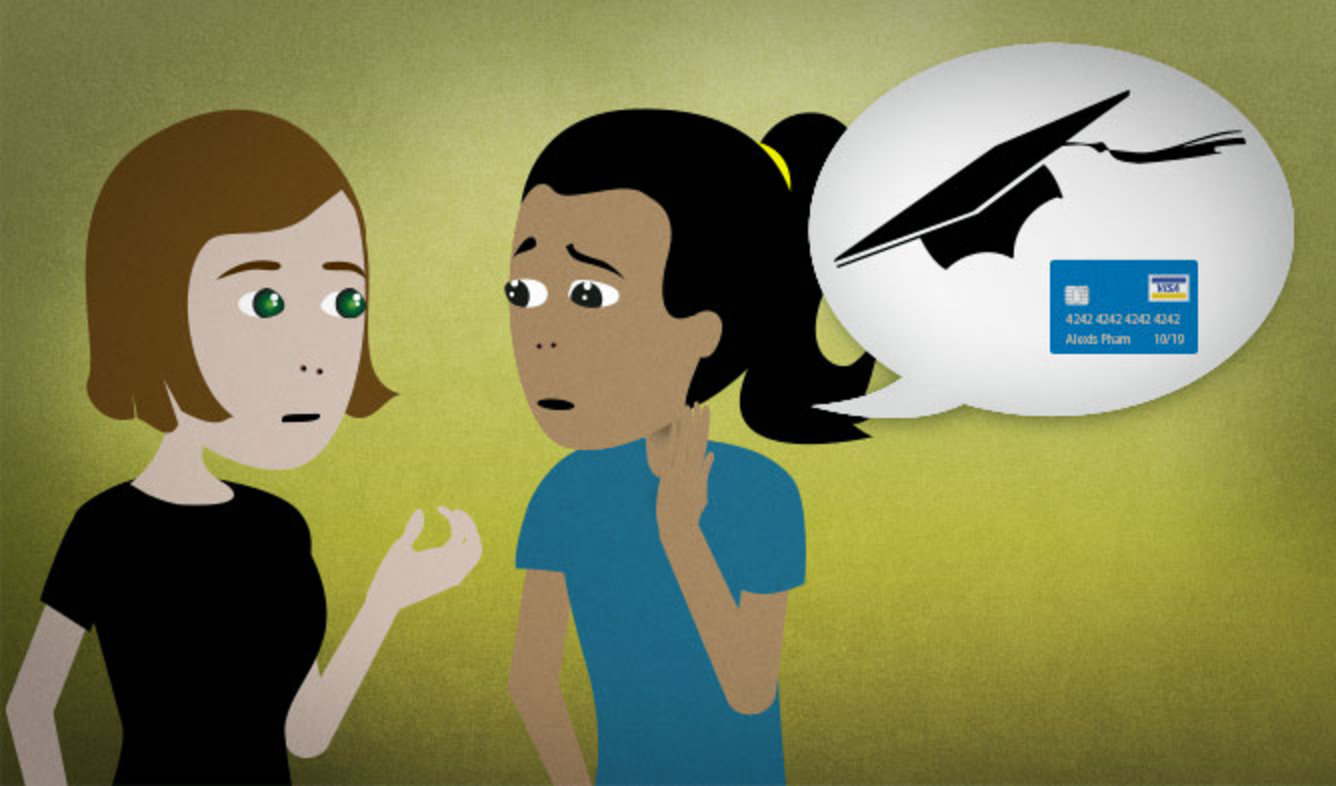 A friend asks you what you would do if you won a million dollars in a lottery. You have had to borrow a lot of money, so this is your answer.

Probably just pay off my credit cards and student loans.

To "pay off" a credit card means to pay off all of the money that you spent on that credit card for the month.

Credit cards in the U.S. have a minimum payment that you have to pay each month. However, if you only pay the minimum, you will be charged interest for whatever amount hasn't been paid. If you "pay off" your credit card each month by the deadline, you won't be charged for interest.

When people study at a college or university, they sometimes need to borrow money to pay for their tuition. Banks offer special loans for students which the students can pay off after they've graduated from school. These loans are called "student loans".

“I can't tell what that word's supposed to be. Any ideas?”

“I'd like to think that I would donate most of it to a worthy cause.”