Lessons Really? They plowed my street the nex...

“Really? They plowed my street the next morning.” 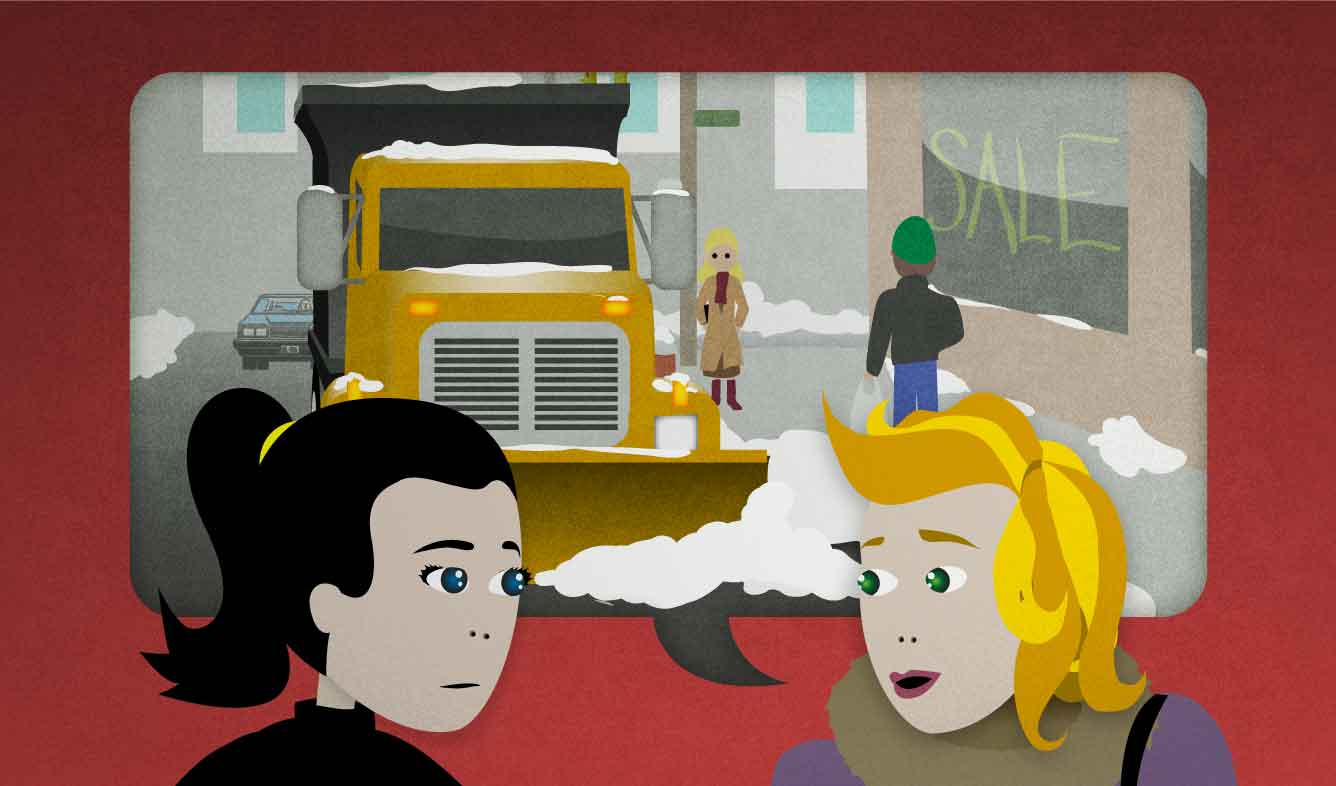 It snowed a couple of days ago. You're talking with one of the other mothers at your child's daycare about the snow. She says that there's still a lot of snow on her street. The snow has been gone since yesterday where you live, so you say this.

Really? They plowed my street the next morning.

When it snows, the local government sends trucks out to push the snow off of the major roads. This is called "plowing" the road, and the tool on the front of the trucks that pushes the snow away is called a "plow".

The word "plow" also describes what farmers do to get their fields ready to plant crops in. In old times, farmers used to use a horse, donkey, or cow to pull the plow around their fields. These days, a lot of farmers use a tractor instead. But it's still called "plowing" the field.

You can ask "Really?" when you're surprised by what someone says.

A: I was born in Brazil.

B: Really? I thought you were from the U.S.

“Does that make sense?”

“Do you see that thing floating out there on the horizon?”