Lessons She insisted that I take it.

“She insisted that I take it.” 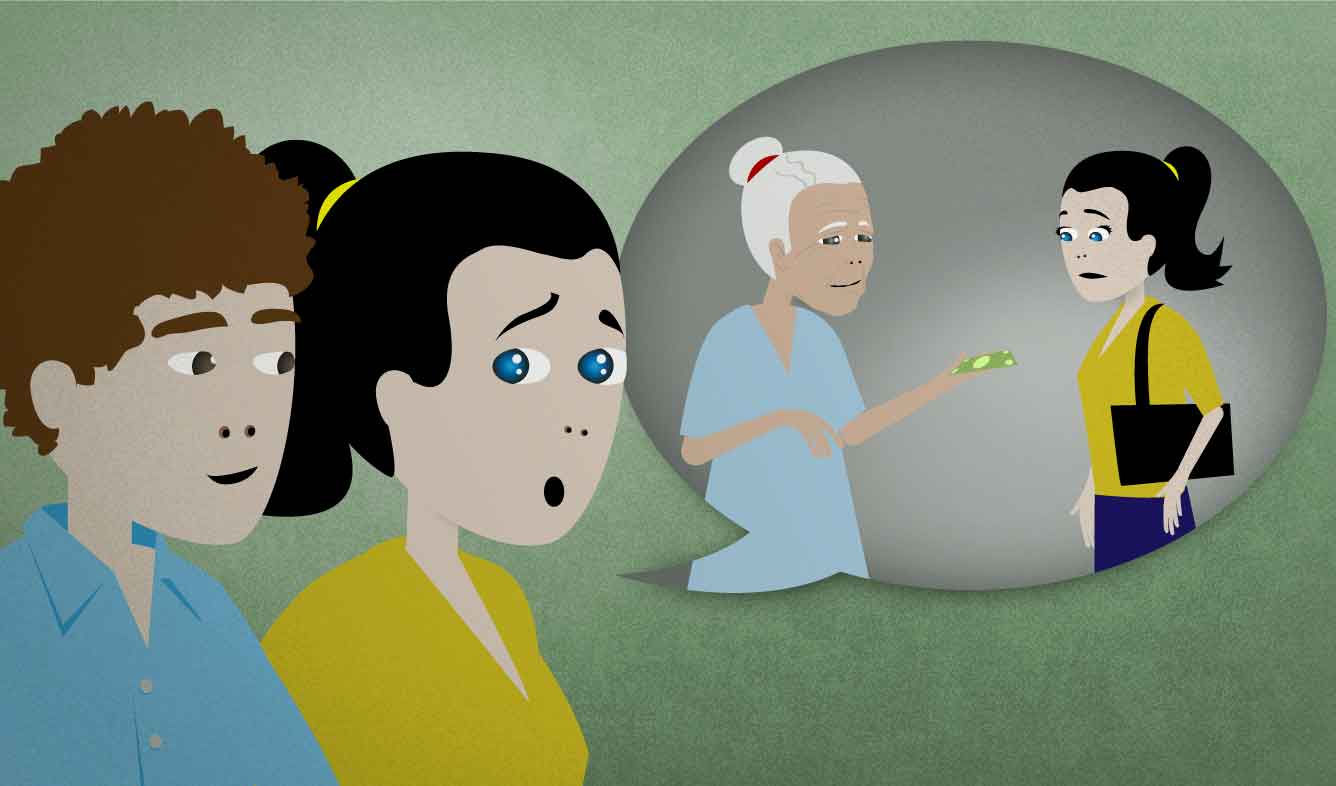 You visit your grandmother. When you're leaving, she tries to give you some money but you say "No thanks." She tells you that you have to take it. This is how you describe these events to a friend.

She insisted that I take it.

(someone) insisted that (someone)(do something)

To "insist" means something halfway between "asking" and "ordering". When you "insist" on something, it means you won't accept "no" for an answer.

For example, when talking about the bill at a restaurant, you can say this to a friend:

This means that you absolutely want to pay for it.

You can also describe exactly what a person has insisted:

She insisted that I take the money, so I took it.

Notice that the verb is in the present tense ("take") even though the sentence is in the past tense ("insisted"). Here's another example:

We told them that we would get a hotel, but they insisted that we stay with them.

Why do you always insist on making everything so complicated?

“Daddy has to go to work now, tiger.”