Lessons Some creepy guy was hitting on me.

“Some creepy guy was hitting on me.” 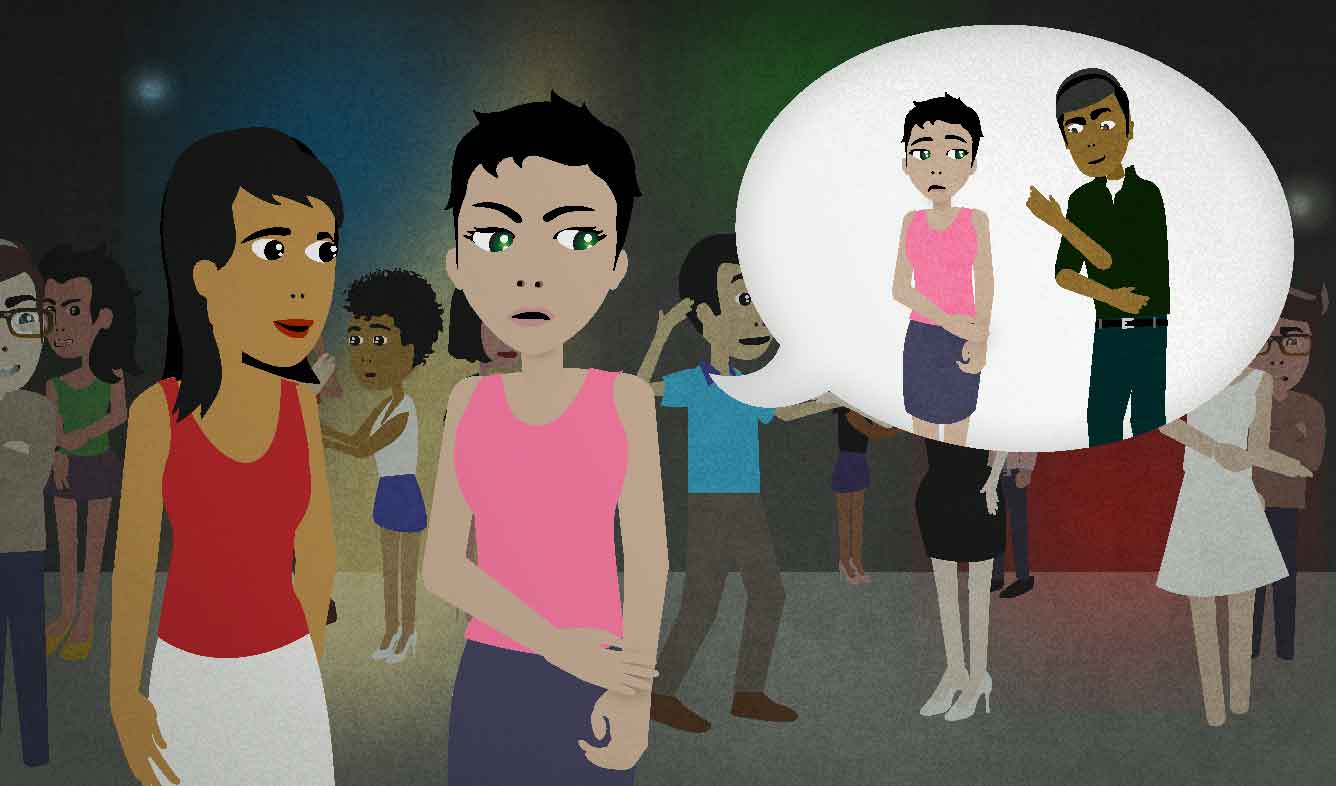 You're at a dance club with your friend. She left to go to the bathroom, and while she was gone a guy started talking to you and asked you out on a date. You didn't like him. Now you're telling your friend about it.

Some creepy guy was hitting on me.

"Some guy" means "a guy". But "some" sounds more negative. You call a person "some guy" when you want to mean "a guy who's not very important". You can also say things like:

"Some" is only used this way in casual spoken English.

This kind of "creepy" behavior makes you feel like this person is strange and unsafe. It might make you think that the person is going to stalk you or attack you.

People who ask you out on dates can be "creepy", but it's also possible for your coworkers, boss, or uncle to be "creepy" as well. It's a lot more common for men to be called "creepy" than women.

(someone) hit on (someone)

"Hitting on" someone means trying to create a sexual or romantic situation with them. Here are some ways to "hit on" someone:

You can't really "hit on" someone who you're already in a relationship with. People usually "hit on" people who they've just recently met.

The phrase "hit on" doesn't sound especially negative. You can say that someone "hit on" you, whether you liked it or disliked it.

“What's the deal with this soup?”

“I'm sure we can come to an agreement.”