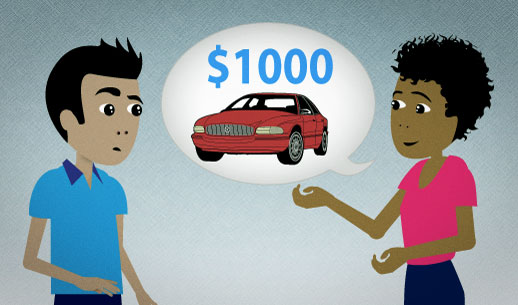 A person you know has offered to sell you her car for a very, very low price. You're excited, but you're suspicious about it because the deal is to good. You say this.

This is short for "That sounds great."

Say this when you want to agree with someone's suggestion.

When you make deals with people, sometimes they try to leave a negative point until the end.

When someone makes an offer that's "too good to be true", you can say "What's the catch?" suspiciously.

“I predict that she'll win by a landslide.”

“It can be tough to navigate the sea of information that's out there these days.”