Lessons That guy she's seeing is a bit of a s...

“That guy she's seeing is a bit of a shady character.” 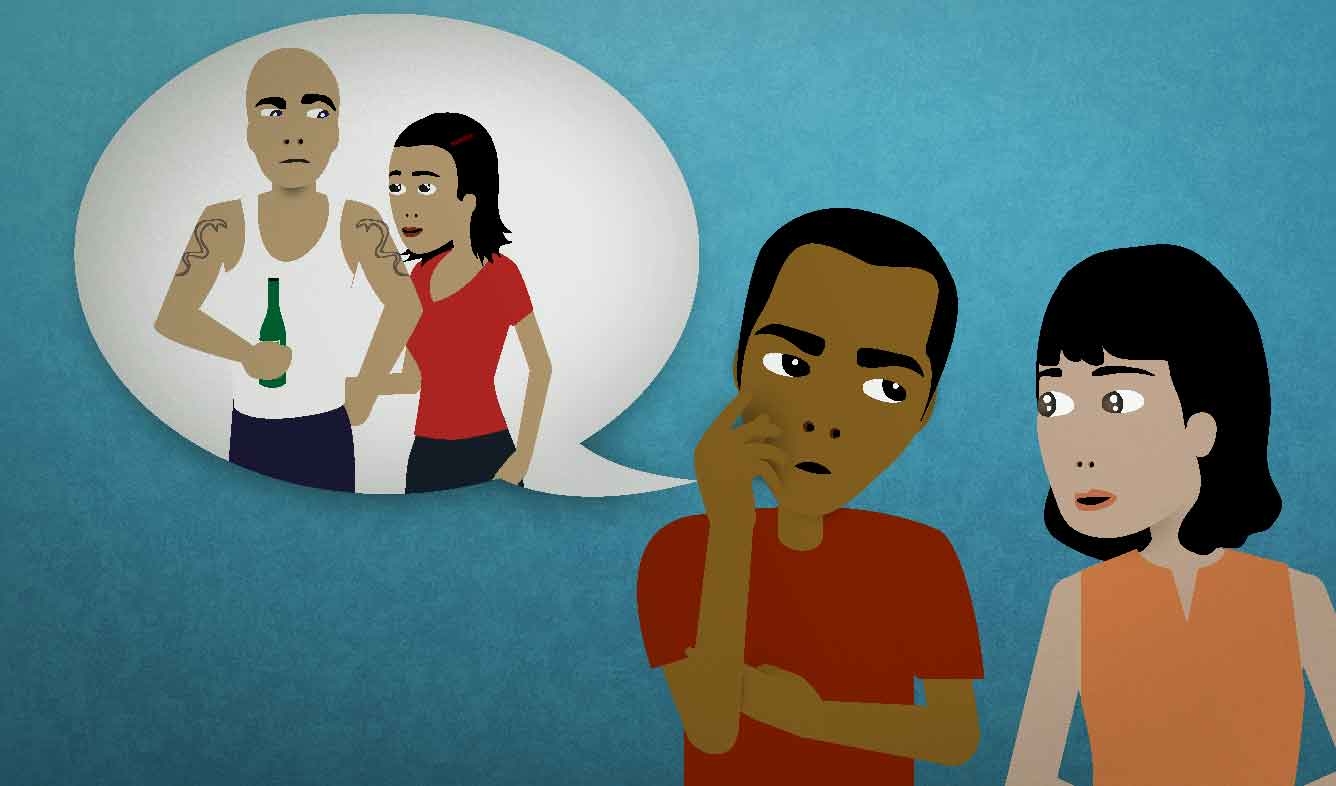 Your cousin is dating a guy who seems a little dishonest and dangerous. You think he might be a criminal of some kind. You're gossiping about them with a friend who knows your cousin. You say this.

That guy she's seeing is a bit of a shady character.

(someone) is seeing (someone)

"Seeing" someone means dating them or in a romantic relationship with them. For example:

Are they seeing each other?

I was interested in her at the time, but she was already seeing someone.

You might not use "seeing ___" when talking about the past:

That was back when they were dating.

You also wouldn't use "seeing ___" to talk about a couple who has been together for a long time:

They've been together for, what, like three years now?

A "shady" person is someone who seems bad, dangerous, or dishonest. For example, if you are suspicious that someone sells drugs or cheats on his girlfriend, you can call him "shady".

If you know that a person does bad things, don't use "shady". Only use it if you think they do bad stuff.

You can also say that a person "is acting shady":

What's up with you? You've been acting awfully shady lately.

The word "character" marks a person who's not exactly normal. They seem more like a character in a book or movie than a normal person. Here are some common expressions that use "character" this way:

I saw a suspicious character lurking outside your door.

“My allergies are killing me!”