Lessons That stuff'll clog your arteries.

“That stuff'll clog your arteries.” 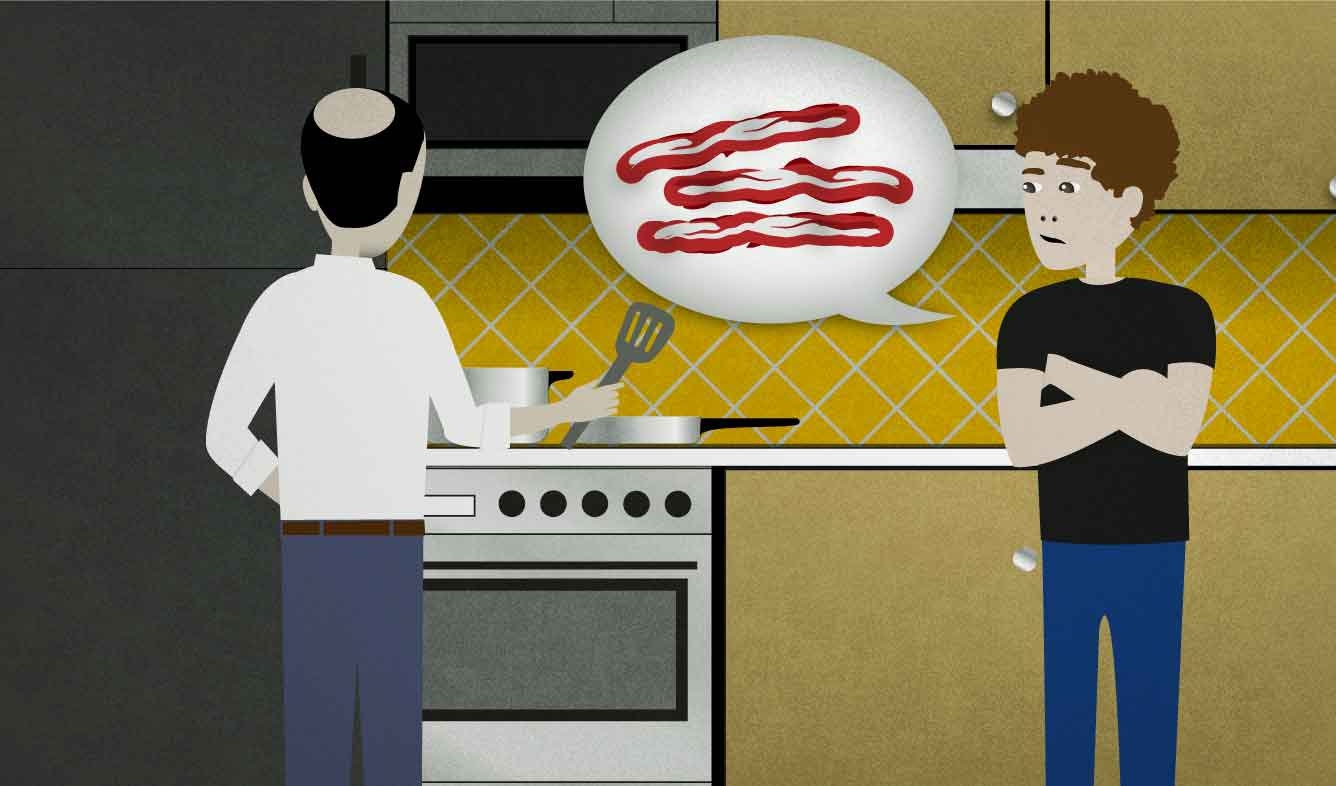 You're staying at your uncle's house for a few days. He offers to make bacon for breakfast. You don't want it because it's unhealthy, and you want to warn your uncle not to eat it either.

That stuff'll clog your arteries.

"Stuff" can mean almost any physical items or material.

It's similar to the word "things", but "things" are countable and "stuff" is not. So "stuff" is better to use when you're talking about a group of things that are different from each other - different sizes, shapes, etc.

"Stuff" is especially used to refer to things that you buy or own:

There's a good chance that you'll end up buying a lot of stuff while you're there.

I'll go pick up all the stuff we need.

Excuse me. Would you mind watching over my stuff for me for just a minute?

But "stuff" can also mean "topics" or "ideas", like in this example:

We have a lot of stuff to talk about.

(some food) clogs your arteries

When an artery gets "clogged", it means that something is blocking up the artery and there's a high risk that you could have a heart attack.

English speakers generally believe that eating fatty foods "clogs your arteries" and causes heart attacks. Even though veins can get clogged as well, we always use "arteries" in this expression.

“It's truly an honor to meet someone of your stature and influence.”