Lessons There's a hurricane headed toward us.

“There's a hurricane headed toward us.” 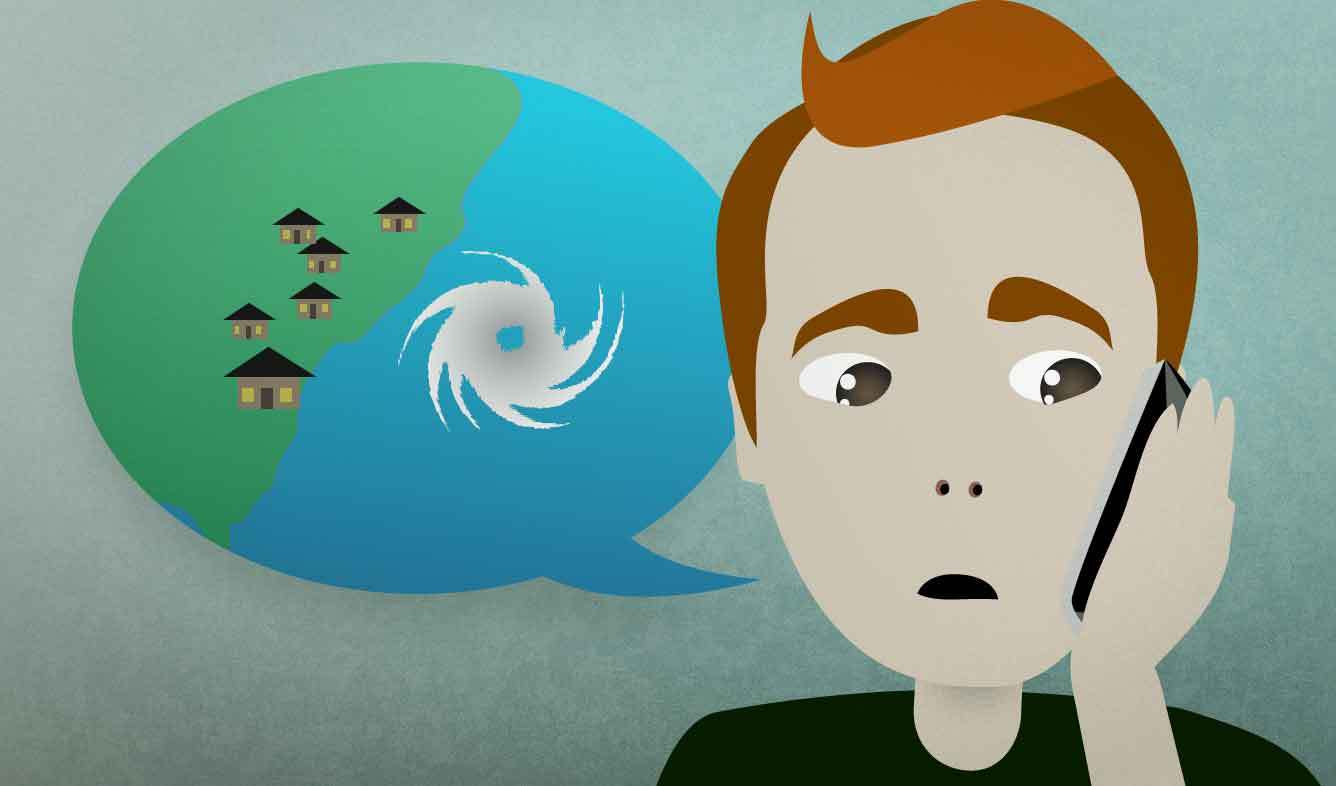 You're talking to your mother, who lives in another part of the country, on the telephone. You are preparing to have bad weather, so you tell her this.

There's a hurricane headed toward us.

there's a (thing) (doing something)

"There's a typhoon headed toward us" means, simply, "A typhoon is headed toward us." But the first sentence is better for telling someone about the situation of preparing for a storm. In English, we often describe a situation using "There's a ____." For example, if you hear someone's phone ringing, you say:

There's someone calling you.

If a delivery person brought a package for someone at your office, you can say:

Hey, there's a package for you.

A hurricane is a storm that starts in the ocean in warm areas and has high winds. It's called a "hurricane" on the east coast of the U.S. and a "typhoon" when it's in the Pacific Ocean.

(something) is headed toward (somewhere)

Something that "is headed toward" a place is moving in that direction. People usually use "headed toward ___" to talk about things in the air, like storms and airplanes, or about people who are walking:

Oh, I see Ben over there. He's headed toward us.

You wouldn't usually use "headed toward" to talk about someone moving in a car or train. The word "toward" fits best when something is able to move in any direction, unlike a car or train that has to run on a road or track. For cars and trains, you say that they are "headed to" somewhere:

Excuse me, where's this bus headed to?

People also use "headed toward" to talk about trends. You imagine what the result of a trend will be, and then say that the society, the country, or some group "is headed toward" that result:

I think the U.S. is finally headed toward an economic recovery.

They're headed toward bankruptcy if the C.E.O. can't find a way to make them profitable soon.

disaster hurricane there weather 日本語 existential 'there'
Print this Lesson

“Can't you do that in the other room?”

“This happens every time we eat here. They screw up our order.”