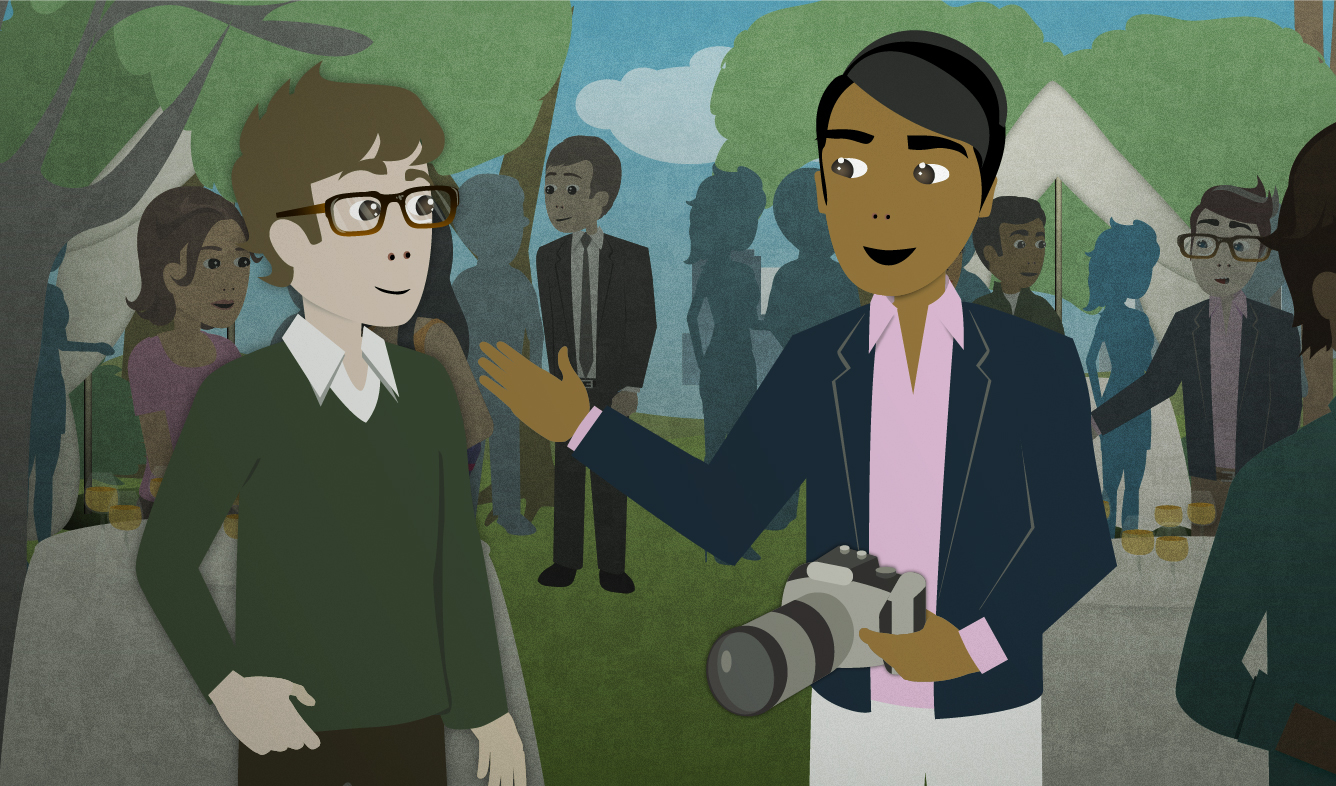 You're a professional photographer. You're talking to someone who's not a photographer about your industry. You say this to describe how difficult the field of photography is.

"Clients" are similar to "customers". But the word "customer" suggests someone buying things at a store or directly on the Internet. The word "client" is used in business-to-business sales:

I have a meeting with a client this afternoon.

People have long meetings with their clients, take them out to lunch, and try to sell them products or services for large amounts of money. When a client buys something, they usually use their company's money, not their own personal money.

The word "client" can mean the person that you do business with, or it can also mean the company that they belong to:

Microcorp is a client of ours.

fierce competition (between / among) (people) for (something)

When people or groups work hard to win against each other, that's called "competition". "Competition" in business means the idea of companies working to get money and customers before other companies get them.

When companies that sell similar products are competing hard against each other, one way to describe it is to say that the "competition is fierce". "Fierce" means energetic, wild, and maybe a little bit violent. It's usually used to describe animals, but it can also describe the level of competition between two people or companies.

"Between" is used when you're talking about a relationship between two things:

I'm having a hard time choosing between getting a Mercedes or a BMW.

"Among" is used when there more than two things have a relationship:

There was some kind of disagreement among the board members.

adjectives between/among there customer existential 'there'
Print this Lesson

“I hear some kind of siren in the background.”

“I got in an accident and messed up your car.”